Here's a post from yours truly at Washington DC! Day #1 of vacation starts now. Well....I say day #1, but the whole day was "wake up at 8 AM, drive to an airport an hour or so away. Go through all the security, and finally take off at around 11:30. Fly on that plane to Orlando Florida to transfer to another plane, then sat on that one for about half an hour waiting for the technician to fix whatever was wrong with the plane. We finally took off, and about two hours and fifteen minutes later, we landed in DC. Took awhile to get through the airport to get our luggage", and here I am sitting in the hotel. I'll be giving news reports as to what I've been doing and what I've seen throughout the trip, if it interests you guys.

Have fun dude, any plans on what to do for the summer?

Small problem with that, lol, I don't drink. I JUST hit 21 and still haven't had a sip.

So far, We've gone to the Smithsonian Castle and looked at everything in there, got information on the thing's we should go see. It had a lot of stuff, but HELL I should've thought of it, but there's gonna be a ton of stuff about that new Night at the Museum movie that's coming out. By the time I'm done out here, I'll have seen most, if not all, of the movie. Anyways, there was a lot of stuff in the castle. It talked about Smithson, the guy who originally funded the whole Smithsonian thing. It had various artwork done by people around the world in forms of painting and sculptures. Also, there's Obama stuff all over DC. Can't turn a corner without seeing his face. T-shirts, hats, posters, you name it.

You just brought up a good point, you should go to Congress & ask for a bail-out. Just say you're from a bank & hold out your hand!

Gonna bring it down to one update a day, but today I had about an hour and a half or so because we had to stop at the hotel to wait for sister dearest to arrive from the airport. But hey, I have pictures now to!

We spent the rest of the day at the museum Aviation and Space. It has very literally everything from the Wright brothers making the first flyer to being able to study other planets. I even did some kind of jet simulation and uh....I kinda failed at it, only shot down two planes. The stupid thing called me a rookie, bastard. The experience was amazing though, I can't decide what was my favorite part. There were bits of war-time info, like who got medals of honor (turns out very few people actually have received one comparatively. Somewhere around 3,200.), and then the space race. Apollo 11 and all of that noise. 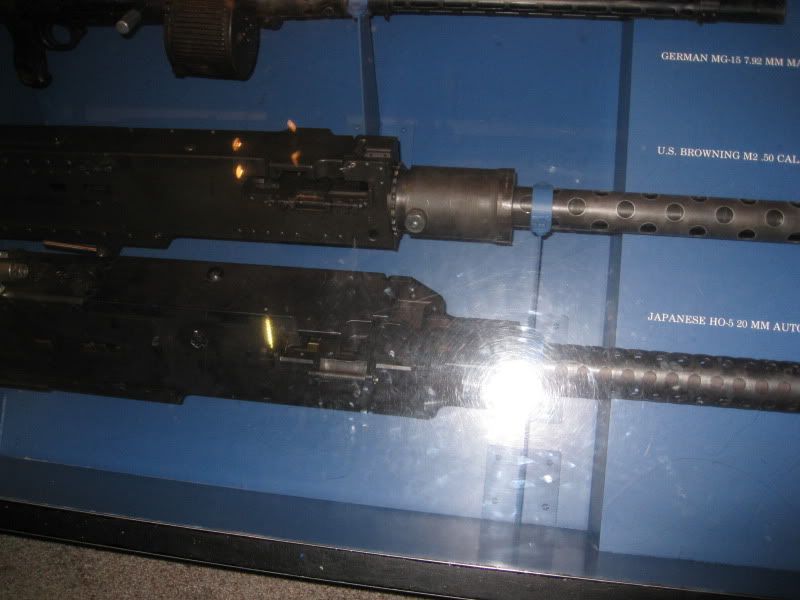 Just some examples of big guns that were used during wars in dog fights. Saw stuff about the Red Baron to, now that I think about it. Sucks to be Snoopy in that front, all I'm saying 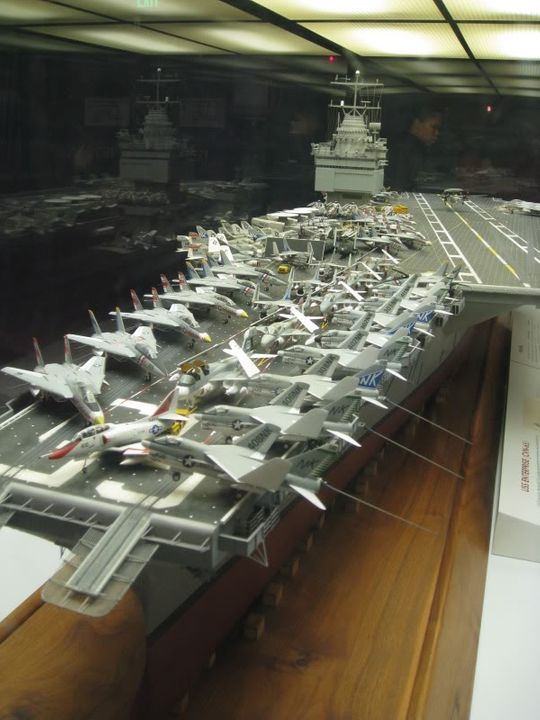 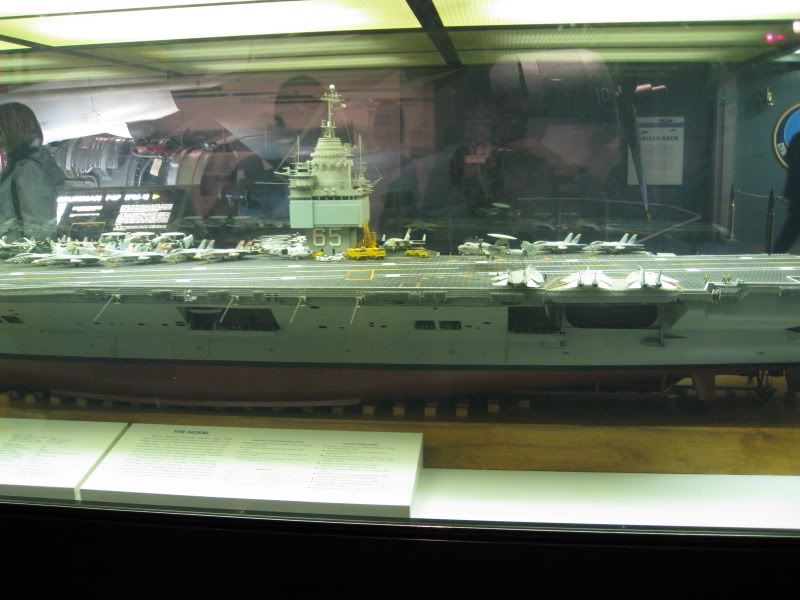 These are pictures of the USS Enterprise carrier, or a model of it at least. Considering the size of the jets on it, the real carrier has to be utterly massive. I was seeing jets the whole time I was there after all, and uh....they were rather large.

Lastly, we finished off the day by going grab a bite to eat at China-Town, and I thought this looked pretty awesome. 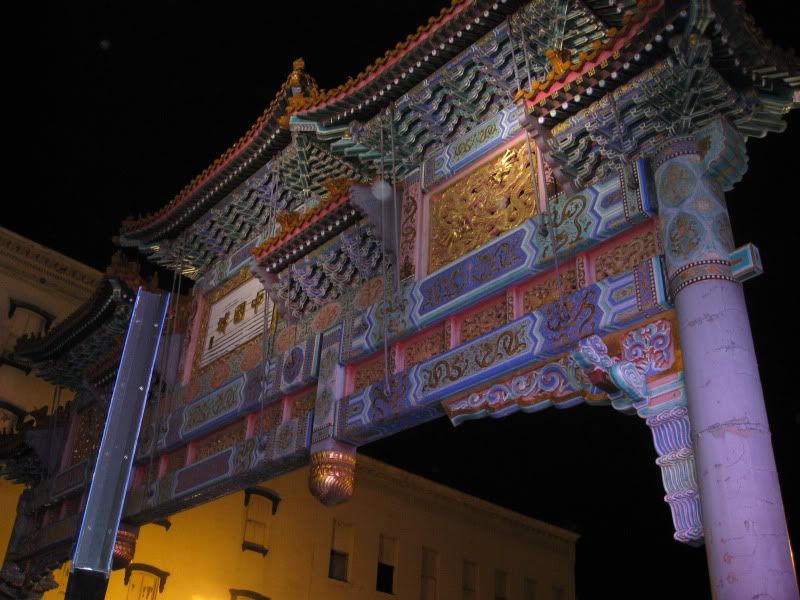 And none of those pictures have YOU in them? hahahaha.

Orland wrote:And none of those pictures have YOU in them? hahahaha.

Hey, you, stfu. I intend on putting some with me in them at some point, and I notice you yourself haven't posted any pictures yourself.

i haven't posted any, correct. I doubt you will, though ill laugh if im wrong.

Yeah, seriously. SurgePox and I can't be the only ones whoring it up with our pics.

Edit: Gotta give some credit to Avalanch91, actually.

hehe about time someone noticed :p

We're gonna do this a bit differently, the last images were rather large so I'm just gonna posting url's to go to the pictures instead, unless someone knows how to put in thumbnail images or something.

Today we accomplished a good bit. Starting at 8 AM EST, we set out to Ford's Theater where Abraham Lincoln was assassinated. To prove I'm a man of my word, here's a picture of myself and sister dearest. (Orland, cousin buddy, I better get woken up tonight from laughs.) 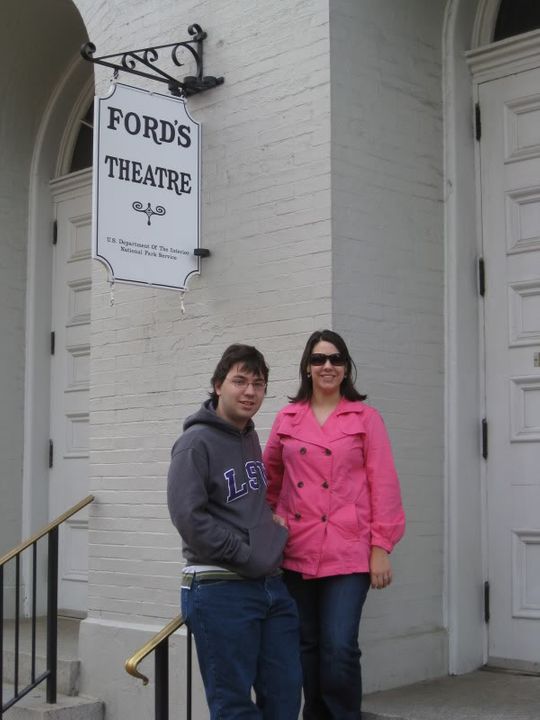 (I don't think I take photo's to well, I looked at them all and this is the only one I even sort of liked. Also: I'm actually taller then my sister, standing at six feet tall, she's just a step higher then me on a small set of stairs.)

Part of that little tour was going into the house where Lincoln actually died, not gonna post pictures of that though. It was very small and not much to show.

Afterward, we went to the Portrait Gallery. Personally I didn't like this part, it was very very boring. Paintings, wheeeeee!!! Only thing I really found interesting there was the Presidential Hall where they kept all of the, you guessed it, paintings of the Presidents. It's so funny really, there are all of these Presidents everyone knows about because they did something really important, and then there are the guys you go "This guy was a president?" because they didn't do anything extreme like Lincoln, Washington, or Jackson.

Next was the National Archive, it was a quick trip. We only wanted to look at three things; the Declaration of Independence, the Bill of Rights, and the Constitution. Not gonna bother posting those pictures either, if you really care about what they look like I'm sure you can google it no problem.

Lastly, we went to the Natural History Museum. That place was rather amusing and there was a bunch of stuff to look at. The lighting is odd and it's not easy to get a camera to work properly. So....some of the pictures are gonna look a bit funny, but hey, stuff to look at.

Ok, I actually do have all of these nice pictures but uh.....what I originally planned on doing to post them didn't work, so yea, any way to shrink them without going into a program like photoshop? I'm lazy and don't want to, but will if I must. Thumbnails or anything would work really.

Aha ahahahahaa yeah. ill make sure you hear it.

Today was, by far, the BEST day of vacation. It started slow, but I had some fun in the American History Museum and got to take my picture standing next to the most awesome painting ever, the one of Stephen Colbert. There were other interesting things, like Kermit the Frog, the C-3PO outfit, and a few sections about Abraham Lincoln (I swear, he's everywhere, just like Obama.)

But the part that made this day utterly awesome? Thanks to the Louisiana Senator, David Vitter, I got to go on a tour of the nation's capitol. We saw all kinds of things, and a bunch of the stuff happens underground. Each state in the nation had to donate two statues to decorate the capitol, and one of Louisiana's was Huey P. Long. Though, funny enough, the Hawaiian one? It was Kamehameha! (IT'S OVER 9000!!!!!) I shit you not. There was also this one room that had so much to look at. It had all of these statues of great men that participated in the army, and large paintings of various historic events. The marble all over the room was carved into various shapes, and the ceiling, which was actually the dome of the building, had an excellent paint job done to it. Best part though, was that I got to sit in on a meeting of the Senate. It was debating about that whole Guantanamo Bay thing, and it was mostly "No, we don't want to shut down that multimillion dollar, well run and maintained, humane jail".

Oh....side note, I *definitely* saw the Governator there. Seriously.

Again, I do have pictures and would be glad to share then, but a way to shrink them before posting them would be nice.

Relmitos wrote:Again, I do have pictures and would be glad to share then, but a way to shrink them before posting them would be nice.

Today we woke up early to go to the capitol again to talk to, shake hands with, and take a picture with our dear good Louisiana Senator, David Vitter. He's actually a really nice guy, and the only reason we've been able to go into all of the government places we've been able to go this week.

After that was done, we grabbed something to eat and proceeded with the the day. Bought a few tour bus passes, and rode around a little bit taking in the sights.

We hurried to the Library of Congress and took a nice tour of that. The Library is an amazing piece of architect. It's got a little theme going that's a little odd. Normally people have the Greek gods in their mind when doing things, but the people that made the Library instead used the Roman god counterparts. The goddess that was focused on was Minerva, the goddess of war, peace, and wisdom. The other god they used was Neptune, Minerva's twin brother. They modeled this fountain in the front of the Library after Neptune, who guards the Library for Minerva. Yea, ok, I'm gonna stop myself right here right now.

Finally, we looked around to see the Jefferson, Lincoln, Vietnam War, Korean War, and World War II memorials. It's one thing to see pictures of them, and another to look at them in person.