Greetings, everyone, and congratulations to the creators of this wonderful webseries.
Here is a small theory of mine. I hope it is new.

I am well aware that most characters in TWBB are morally ambiguous. You can't really tell heroes and villains apart anymore.
When we saw Police Chief Link in Episode 2, he was obviously not a friend of the Mario Brothers.
There wasn't any change of behavior in his later appearances.

However, I can't help but think that his appearance itself is slightly different than it was used to be.
In Episode 5, Link doesn't wear green anymore, but some kind of grey. His hair too has turned grey, while it was used to be brown.

That color change could be meaningless. It could also have been decided in order to make Link even darker than before.
But what if it was an hint ? What if Police Chief Link had actually been replaced by an impostor ?

In the game, Dark Link was used both as an alternate costume for Link and as a foe in some events.
The creators of TWBB may very well have decided to include Dark Link in the story as a separate character.

What's your opinion on this idea ?

Link's beard and hair color was probably the only thing that I didn't really like about this new episode.
But...if their change actually meant something, my opinion might change. Hey, what if Link's hair and clothes start gradually turning darker with every episode? What if he himself becomes Dark Link?

Oh, and welcome to the forums.

Different lighting.On the second picture he is in the spotlight.

Spontaneous Combustion wrote:Link's beard and hair color was probably the only thing that I didn't really like about this new episode.
But...if their change actually meant something, my opinion might change.

Spontaneous Combustion wrote:Hey, what if Link's hair and clothes start gradually turning darker with every episode? What if he himself becomes Dark Link?

I don't know, but that's one more reason to await Episode 6.

Spontaneous Combustion wrote:Oh, and welcome to the forums.

Fedaykin wrote:Different lighting.On the second picture he is in the spotlight.

This doesn't look, to me, like something lighting would do. I'd totally love to see Dark Link in the show. Also, is it just me, or are his eyes kinda redish as well?

What else do you get,if you corrupt the Hero of Time?

If it really is a seperate character,that would be a hell of an unexcpected plot twist! 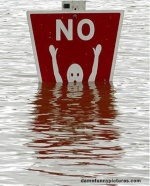 It seems like a possibility,
but I'd go more for he's 'becoming' dark link rather than having been replaced by him.

Blue Madness wrote:Also, is it just me, or are his eyes kinda redish as well?

They are on my picture. I hadn't noticed it.
But this sort of thing happens with photos and flashes, so I am not 100% sure Fedaykin didn't get the right explanation.
Still, this overall effect happening by accident would surprise me.

Fedaykin wrote:Considering the setting of TWBB,one could argue,that it is Dark Link already in the first place

Dark Link could still be an eviler version of Link.
Or he could actually be the nicest one of the two, as a joke.
Or this could be Link's inner evil becoming apparent. It seems popular.
All three choices would revolve around Dark Link anyway. If I am right, of course.

Thank you, and I love your answer.

Fedaykin wrote:Different lighting.On the second picture he is in the spotlight.

Ok, so I watched the episode again, and his hair is definately gray/silver. I'd say you may be on to something.

But since you liked my answer so much last time, I'm sticking with maybe.

Actually, I thought you were being enigmatic, because you are a moderator and may know things I don't.
But you were just being hesitant.

Therefore, "I'd say you may be on to something" is a much better answer for me. ^^

I've handled cameras and lighting before, and that silver hair definitely doesn't seem like anything mere light manipulation can do. It seems to definitely be a different color alltogether.

Nolim wrote:you are a moderator and may know things I don't.

That's not how it works, young Padawan. The mods are fans of the series just like everyone else.

So you mean,he's corruption comes slowly to the outside?Very clever and subtle.

Nolim wrote:Actually, I thought you were being enigmatic, because you are a moderator and may know things I don't.
But you were just being hesitant.

Therefore, "I'd say you may be on to something" is a much better answer for me. ^^

We mods do, in fact, know everything.

Spoiler:
We knew Vader was Luke's father before the first Death Star blew, we knew Aerith was toast the moment we popped the disk in, and we knew that Snape would kill Dumbledore by book three. However, with power comes responsibility, and we are forced to play innocently along with everyone else.

Maybe the actor is just getting old, and is quite self conscious about his graying hair.

It may be the actor, but if your hair is gray and it doesn't fit the character, you'll either get a wig or dye it. Or the character will be tweaked to fit you. If your character has brown hair one day and gray hair the next then the writers are likely trying to show something. If I were directing I'd want to keep all the characters consistent from episode to episode, unless there's a good amount of time between them.

There has to be something going on. You could say the stress of being police chief during this troubling time would cause a graying effect of his hair, but it wouldn't be that sudden. It's only been two-three days, a week tops.

Maybe they just couldn't find the old wig and beard and the deadline was approaching.

Or maybe Link is just a douche in this version of Brawl.

I like this theory. Why else would Zelda become the acting Princess? Someone has their hand in it, though. I am thinking along the lines of Twilight Princess, and say it's a move by Ganondorf. Dark-ish Link, and Puppet Zelda, perhaps?

The thing with Link's coloration? It could be lighting, though... I don't know. We'll see, I guess.

Stress has taken such a hold on him that his hair has greyed.

Maybe? That's what I thought when I first saw him. 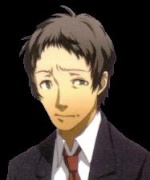 Hair color is definately different, the suit could just he the lighting as a few other people said.

I think that the palette swap (which i think will become gradually more apparent as the series progresses) is a representation that Link is becoming more corrupt and is actually tryng to take the City for himself and Zelda. Basically a physical representation of his growing corruption which could possibly lead to a Dark Link of sorts.

The idea that Link has been REPLACED by Dark Link by possibly Ganondorf seems much less likely, but is still a slim possibility. 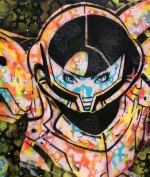 I definitely noticed a difference in Link when I first watched the episode but didn't think much about it at that time. My thought during that scene was "Link doesn't look quite right from before".

If Samus is the killer, then she did a good acting job when she entered DeDeDe's room and found his mallet and guts in a nice neat pile.