Seriously. How does Cryptic go from City of Heroes, an immensely fun, innovative, and original MMO, to Champions Online, a copy and paste of WoW with gameplay that actually requires a game pad (one of it's few selling points), and a hugely deep hero creation system, that has a severely limited max number of character slots which is 8. Funny enough, I believe I read somewhere where Cryptic mentioned that they were astounded by the number of characters people made on City of Heroes. The average was 18 per account. 18! That's alot! KNOWING THIS, Cryptic went out of their way to make the upgraded character creation system pointless by limiting you to just 8! D:

The stupidity doesn't end there folks. In their previous game, they made sure to list EVERY POWER for EVERY SET OF POWERS and what EACH POWER DID. While this would baffle the newbs, down the road it makes for very important information once you understand how the game works better. Champions, however, thinks it's only necessary to tell you about only the first TWO powers of every set. You CAN view them all, but only in game. So once you carefully mold the perfect hero, you end up pretty boned when you finally gain access to the full list of powers and find out the later ones suck and realize that the past hour or so you spent making your character was wasted.

Further more, the game gets some sort of sick kick out of not even telling what any given power does. Clicking that advanced button doesn't help. It'll say something like, "Grants you a single stack of Defiant/Enraged" or some other such specific buff BUT NEGLECT TO MENTION WHAT THE HECK THEY'RE TALKING ABOUT!

To further annoy you, powers also have ranks. Sometimes they are listed as "advantages" before hand, but more often then not, you'll see something you weren't expecting when you finally get a chance to add a rank, and you only get a look at the powers you already have.

Basically, they made this game as annoying as possible for those of us who like to have some semblance of a plan or any sort of idea as to what they want to make.

The tutorial zone is MANDATORY, so expect to see it alot as you quickly fill your 8 slots or remake characters.

After that, you get to pick your travel power, which is really easy since all of them suck except for Teleport. Most of the travel powers are bad because it seems as if every attack every enemy in the game has turns off your travel power. So you'll be hopping along with your Super Jump (which looks retarded compared to what they had on City of Heroes) up to a group of enemies. The mobs are very close together ALL OVER THE PLACE. You're going to take damage if you just try to hop by on your way to the mission site, so might as well rough them up a bit if you're going to get hit regardless. You get to fighting, but oh noes! You're taking a bit too much damage! So you start blocking. Darn, I'm still getting owned. Time to leap away- what the fuck? When did I turn off my travel power, you'll wonder as you die, unable to get away. Even if you DO remember to turn on your travel power, which you'll quickly realize is almost always knocked off during a fight, it's very likely that the next attack that hits you as you're fleeing will just turn it off again and usually send you crashing into another group of enemies.

Super Speed is the worst because of this, since you spend all of your time on the ground with it. Flight is good as long as you fly high enough, but jumping ends up being better once combat starts since it's faster at getting away than Flight. The "Ice Slide" is really bad. It's just the Earth Flight with a bad effect trail and the annoyance that it's faster going up than it is going down, which makes sense, but also makes it the worst of all the Flight variants. The Swing travel power, a la Spiderman/Batman, is neat, but slow and really character specific. Teleport is the only one you need to bother yourself with. Once activated, you instantaneously become "phased" (the game world looks all weird and you can't get hit by 99% of all attacks) and you're able to Fly. Not only that, but you can even heal yourself while you're safely uneffectable by virtually all attacks. Tunneling is acceptable. It takes what feels like an eternity to actually dig down into the ground (it takes 4 seconds to activate if memory serves), but after that, it works the same way as Teleporting, only instead of being able to heal, you can add a rank to it later that makes it so you get a defense buff depending on how long you were tunneling. Also, you get stopped by walls and you still take fall damage when tunneling down some slopes. >.>

When you first start tweaking the colors for your powers, you'll notice something missing, especially the first time you make a dark themed character: no black, white, or gray. Conversely, the team that is still working on the 5 year old dinosaur that is City of Heroes, has an update coming that I had the pleasure of testing out in the still ongoing open beta. Not only does it give even more color options than what's available for your character's attire (including those "non-colors" black, white, and gray), but you get TWO color options for EVERY POWER! Meaning that it's already fantastic character creator SURPASSES Champions Online in this aspect at the least.

Beyond that, I found the main area, Millennium City, to be very dull and boring and tedious and I've yet to get any of my characters beyond level 15. As well, the map is TERRIBLE! Important things, such as where you go to make your upgrades and such, only appear when you're near them, and there's no way to tell the difference between the three different ones until you actually get to them. Further awesomeness is provided because the NPCs that are next to the crafting tables are stores. Just all the other store that give you useless things like little dolls or costume pieces or the charities which are exactly what they sound like. You can give away your money because... you can. Exits for each zone aren't labeled at all, so you better make sure you remember where it is. Even better, the mini map doesn't show you the way to any given mission, no matter how many times you select it. So you end up bringing up the zone map, using your mouse to point your self in the general direction while it's up, and hope that you make it there before you die if you picked any travel power other than Teleport.

Again, how DOES Cryptic go from City of Heroes, to Champions Online? And don't try to defend it by saying it's a new game that has it's problems. They've had FIVE PLUS YEARS of City of Heroes to learn from. Five. It seems like when they decided to make Champions, they thought it would be REALLY awesome to remove every aspect of City of Heroes that made it stand out (sans the character creator with it's limit of 8 ) and create something that's as generic and WoW-like as it is terrible.

And that is why Champions Online... 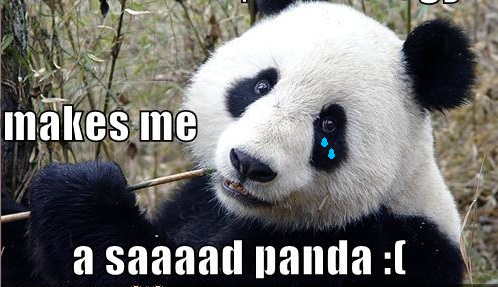 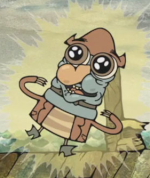 I'm not reading that.
Anyone care to summarize?

good game but the sequel sucks ass and they took out all of the fun and creativity of the first one and threw them into a fire. Then tried to be generic and familiar with the sequel, but failed miserably.

wa all have seiris that where once good though where FUCKED up the ass the their respective creators
Yours is Champions online, mine is Soul caliber

DRTJR wrote:wa all have seiris that where once good though where FUCKED up the ass the their respective creators
Yours is Champions online, mine is Soul caliber