I know you said 'playable', but would Captain Falcon > Saki+Isaac still count?

Ike hasn't died yet to our knowledge

JGH didn't Navi allude to Ike having died in the hospital?

DK really died? TI tought he was in the hospital. 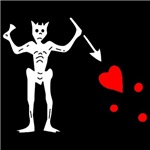 Iliad wrote:JGH didn't Navi allude to Ike having died in the hospital?

The latest Mushroom Kingdom news segment stated he was basically in critical condition and I'm sure he's on his way to dying but I think at the moment he is still alive. I'm expecting him and Marth to have one final scene together before he dies.

So this doesn't have to be to the death. And yeah it only needs to include one playable character.

Falcon Punch > everything else 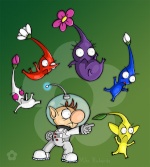 Guys guys guys! We can so use this to uncover who the butcher is!!!! =O

First we know that:

We know nothing of most of them, but we do know that DDD couldn't beat Kirby, meaning:

From various episodes we also know that

It is unsure if they could have done this on their own and if we had this information it would be oh so valuable. Going from this all we need to know is take which character would be stronger then Mario and Luigi and they must be the butcher!!!!

We know that Mario > Wario from episode 1 which means that Wario is not the butcher!

Shick wounded Luigi in 6, this may count as Shiek > Luigi which would make her fit the criteria so far. Samus's strength is unknown at the moment so we can not judge her. We also know that:

You may be able to use the fact that Ganon > DK since DK works for ganon which would mean that he is in fact stronger than Luigi and on Mario levels, meaning he could be the butcher as well.

We have not seen Pokemon trainer fight so this is useless but we can conclude from this that Wario is not the butcher and that the butcher must be either stronger or just as strong as the Mario Bros.

You're right, you are excited.

Still, valid argument. However, maybe Zach only put it up here to mislead us?

What is this, Dragon Ball Z? We're not working with power levels here guys. This is just for listing what has happened in the show!

You gotta admit the 4 Dons must be on a power level above the others. That's why they're the dons.

zach also rises wrote:What is this, Dragon Ball Z? We're not working with power levels here guys. This is just for listing what has happened in the show!

Also for DK, it's Donkey and Diddy > Luigi
but Mario > Donkey Kong

I should stop talking crap.

zach also rises wrote:What is this, Dragon Ball Z? We're not working with power levels here guys. This is just for listing what has happened in the show!

Also for DK, it's Donkey and Diddy > Luigi
but Mario > Donkey Kong

I should stop talking crap.

Oh! I'd completely forgotten! Great point, this only spurs up the discussion even more! x3 This only makes Mario look weaker and Ganon stronger for being able to tame those 2, making Ganon more suspicious. Keep in mind that for the butcher to be stronger then DDD and able to kill him that quickly his power level (sorry Zach) must be way beyond DDD, and Ganon now looks like that.

Ganon is verrrrry suspicious.
But we haven't seen him defeat anyone (apparently).
Even if his power level is...*takes breath* over 9000. *waits to be shot*

I think we should take this to the "who is the butcher" thread so as not to derail it any longer.

I think one of the big misconceptions about who the killer is is the idea that the killer will be defined as the one who is "powerful" enough to kill everyone. This isn't DBZ (as zach so kindly pointed out), TWBB is politics and intrigue. The killer will be the one with the motivation to kill, and the one who's actions will prove it. Saying the killer is Shiek (I know there are legit arguements for Shiek, but bear with me) just by merit of "cuz she is a ninja" doesn't quite seem like it's Matt and Zach's master plan.