DarkFalco wrote:yeah me and some friends got into a debate over which brother was better. i said luigi

Waluigi, that guy apparently rules at Olympics & Karts.....but no seriously, I think it was him as an assist trophy where he curb stomps the opposition followed by a racket to the dome, how can you not <3 that?

Good times.....(but if the discussion comes to Mario or Luigi, think I'm going with Mario because he wanted to 'Kratos' the entire Mushroom Kingdom to rescue Peach, kinda awesome......)

my fav from the series was waluigi for sure. but out of the mario bros definitely luigi. and wa is one of the BEST characters in mario kart wii. i use him all the time. plus for the series they got jeff lewis. can't get much better than that.

What have you guys done to my topic

Anyway, I wish we had more poll options. Kirby really needs to be on the poll. D=

Zelda would be nice too. Dedede, Bowser, N&L, etc too, although none of them get that much screen-time.

Yes. It needs to be more.

(And yes, I realise you can't do anything about it)

Fox McCloud. He's just pure badass. Just when I thought he couldn't get anymore badass then he was in the games.

Ganondorf's second favorite. They made him so much more three-dimensional then in the games and in other independent films.

Steeler wrote:Pokemon Trainer. One, because I'm really biased toward him anyway and two, because he represents everything that the Kingdom used to be, and should be in the future.

Don't hurt him. Ness was one of my favorites too.

JonnyJinx wrote:It's tempting to vote for Ganondorf, because of how deviously manipulative and clever he showed himself to be in Episode 9, but I'm gonna have to go with Luigi. Not sure why, I just like everything about his personality and how he always knows how to get a good dialogue going throughout the story. That coat of his is awesome too, although I guess we won't be seeing much more of it.

Seconded. Everything you said. Luigi has always been my favorite even before I discovered the series. Bias, yes, but who doesn't bring that to a decision like this? I feel the different ways Luigi's personality has been fleshed out by Nintendo over the years really shows in TWBB, as if all that time left behind has given him time and the patience to think before he acts. And I don't normally lend myself well to a boisterous brute like, say, Mario. And Luigi has a trenchcoat. YESZ. 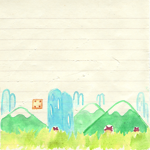 That is probably the easiest question to answer.

I love how he and Falco and Wolf were done; I especially loved their accents and how, despite their struggles, Wolf had a bit of pudge. It was adorable. x) Also, Wolf seemed to have that utter desperation in his eyes and actions. Fox was an utter badass, and Falco... Well, Falco was more like a bird than I've ever seen him. <3

Fox was my favorite merely because he was memorable. Everything he said, everything he did was an iconic part of the movie. He's the type of character I call the underdog. He's sort of a lower plot character, but he just stands out.