As I said in the mafia game, I won't post anything that'll detract people's attention away from Minby's game until it's finished. Also, since my day's off are few and far between, I'll only be sporadically updating this topic with news on the latest forum based game I'm going to dish out. I think after enough trial and error I know what the average (or above average for those with Pride as their Vice) forum goer enjoys, so I'll try and engineer something around that.

MJ worked well, but was a bit impractical with teams dividing so much so and then squaring off against other forum go'ers who were zombies. This game will however still have players set against other players, how many is something that'll be explained later.

I had a re-think and decided that since this thread has served it's purpose for the most part, why not make it the official IDEA'S thread for anyone wanting to make a forum based game here. Rather than forum go'ers making dozens of individual threads asking for idea's or what have you, why not post it here instead?

Get those cranium's working folks!

~RESERVED FOR SUGGESTIONS FORUM GO'ERS HAVE MADE THAT I'LL ADD HERE~

This thread is now about dix 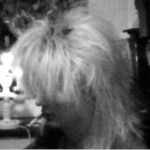 ~This space is reserved for the reservation of spaces~

~The space is reserved for my message about how Mentok could just edit the OP every time there's an update kinda like what we do with the tourney thread instead of taking up 4 extra posts with no content.~
_________________
Keeper of the keys
llll llll llll llll llll

smashbro wrote:~The space is reserved for my message about how Mentok could just edit the OP every time there's an update kinda like what we do with the tourney thread instead of taking up 4 extra posts with no content.~

It's easier to refer to or find the information you are looking for when it's compartmentalized into categories as oppose to skimming through a single post for specific information, sure as hell makes editting easier with less text to pilfer through and change.

~This Space is reserved for when this thread gets locked~

aww come on now guys just wait and see what happens first before going off on him. he's just trying to be organized

Actually, I should probably read the first post sometime soon.

Actually, I should probably read the first post sometime soon.

yeah i'm sure that would help

Mentok, I locked this thread. PM me when you have content as this is getting outta hand. Ok?

Just posting this up to ask for your help in naming locations related to "There Will Be Brawl" for the next set of forum games that come out (ie: mafia, etc). I'm working on a game that will involve team work and for the life of me I can't really think of many locations that were seen in brawl other than the "Not So Shy Girl" bar and "The Orphanage".

So if any of you could add to the list that'd be great!

The "Not-So-Shy-Girls" strip club will always be my favourite.