TWBB Mafia 2: Back in Black.

smashbro wrote:likely cause the doctor was protecting him (Forgive me for using unsure words, I just don't want to read back to confirm anything.)

Three nights in a row.

Also, as for when people jumped on why I only mentioned Mentok=Mafia and Fobbs=Townie without anyone else was because the only other person I had a chance to scan was smash and well......you know

I knew I was screwed when I pointed out Mentok, but no one else would cast a stone. Weldar, I had a feeling you were mafia but still risked exposing my role as much as I could

Sonic's the name, Speed's my game.

Also, nice game. I'm really not a fan of the system where the kills don't get revealed, it feels a little unbalanced. Maybe putting a few less mafia in there might have helped.
I think I'll be joining the next game too. Actually I'd like to try hosting a game of mafia for once, because I've come up with some pretty cool ideas. But maybe it's Weldar's turn this time.

I kinda agree with you smashbro. I think the whole roleclaiming fiasco did put the mafia in a really bad situation last time and the lack of death reveals can tip things slightly in the mafia's favour. However at the same time I think both times the losing teams could have played a little better. I was surprised no-one noticed JGH's soft claims while he was being lynched (or they just didn't believe him) and that no-one got suspicious of any of us maifian's voting records before it was too late. I'd say it was a bit of both.

Still I'm hoping that with the extra roles my game could overcome some of these problems. However at the same time the extra will probably open up a whole new cans of worms. Hopefully everything will go okay, if I even end up running a game at all.
_________________

I never voted for JGH27. The only innocent I helped to kill was td260.

So I can just point my fingers at everyone around and pretend this loss wasn't my fault.

Yeah, I few times I felt like yelling at some people for not seeing things. Shame.
Btw, I only "called it" after he was lynched. I guess that could be considered breaking the rules, but who cares?

Just a question for Avalanche,

Why did you accuse me of being the critic if you and SC were the roles yourselves?

Why did you accuse me of being the critic if you and SC were the roles yourselves?

We were the same role, so I guess he assumed that Surge meant that there are two different extra roles.

Ya I'm up for Mafia three 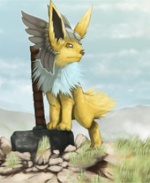 I was Lil' Mac. I'm on my bike and pedalling out of town as fast as I can.

I agree that not revealing the roles of who died gave the mafia an advantage. It meant that for the first half of the game lynching people was nothing but guesswork, which meant of course we were far more likely to lynch a townie. Then by the time we could get to use some strategy, the mafia had already gained the upper hand. If it's not revealed on death, I like Weldar's idea of having a gravedigger who can investigate corpses.
_________________
HG/SS Friends Code: 2364 8721 9695   B/W Friends Code: 2193 7770 9554   X/Y Friends Code:1805-2682-3033
"Foxes never lose their tricks, do they?" - Quaetman
"We'll be going about our business one day and then someone will be like "hm, where's Barda" and Raya will all suspiciously be like "WELL DON'T LOOK AT ME"..." - Rocket Admin Camilla
King Avalanche:

Also played a special role which caused both of us to die at the last lynching party, but we were allowed to PM each other, and that gave some advantages. Damnit, and I just figured em out too ><

Does that make me a bipolar cross-dressing psychotic?

I suck as doctor. By the time I had trusted the Mafia's pattern to kill the people in the narration, they killed me. I'd just like to ask why though? Was it because I was the first to point out the system?
And if I-a don't get my-a answer, I'll-a raise a FUCKING ARMY!

AS I said. blood of the innocents.

you guys are not newbie friendly.

My first post of the game was defending myself from minby, who felt that one of his first posts should be accusing me.

Then, since I didn't know that defending myself would make me more suspicious, I defended myself, and got EVERYONE AFTER ME. God, cut a guy a break.

Still, i'm in for another game.

I knew you were innocent td260, for all the good it did me.

But yeah, next game we should have a coroner character for the contested deaths...

but wont he be first to get killed by the mafia then? it'd basically be a detective.....with corpses

Minby_Aran wrote:I suck as doctor. By the time I had trusted the Mafia's pattern to kill the people in the narration, they killed me. I'd just like to ask why though? Was it because I was the first to point out the system?
And if I-a don't get my-a answer, I'll-a raise a FUCKING ARMY!

I deleted my PMs cause my inbox was full so I can't quote myself.

But basically what I said was that "Minby noticed our pattern, tonight we kill Sharislirhishsishshs and quote him as right tomorrow"

Then the night after we killed you I think. 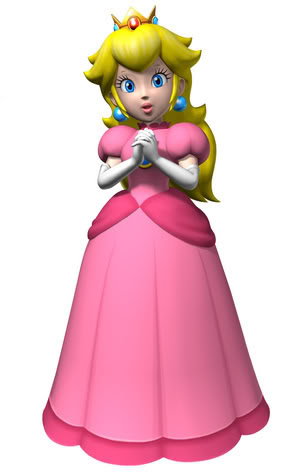 and fobby was thinking i was mafia. good thing you guys didn't kill me off lol
and sorry for not beliveing ya J and avalanche. if more of us had we would have won the game =(
oh and i'm up for another game =D 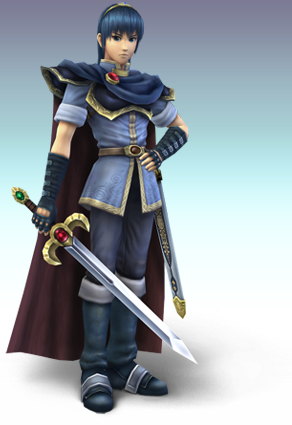 I was Marth, for what that's worth... No extra role or anything though.

While I'm certain everyone here loves TWBB, I think we should have a different theme next game. It's a bit hard to get a third game out of this, really. Of course we could have the next mafia be Dedede or Mewtwo, but a mafia made out of Waddle Dees or Mudkips is not all that threatening.

True, but an army of Knuckle joes, Krako, Paint roller, dark matter, or legendary pokemon on the other hand...


But in all candor, yeah, new theme.

If we go with that we havea Plethora of Villains and 10x the heroes.

But not everyone's big on FF so maybe not...

what about comic book or anime theme? i mean who doesn't want to be iron man?

sounds kinda cool really. as long as I dont get a role as Naruto, cause I wouldn't believe that *gets shot randomly*

role as Deadpool however would be kick-ass