TWBB Mafia 2: Back in Black.

Minby_Aran wrote:I suck as doctor. By the time I had trusted the Mafia's pattern to kill the people in the narration, they killed me. I'd just like to ask why though? Was it because I was the first to point out the system?
And if I-a don't get my-a answer, I'll-a raise a FUCKING ARMY!

We killed you because we thought you were unlikely to be protected and it would be hard to gauge our motivation from your voting record.

I was planning on rather than having a Mewtwo of DDD based mafia to just use a mishmash of various evil characters, whoever fits the roles best even if it wouldn't make sense for all these characters to be working together.
_________________

If I were in charge, I would have the new theme be scifi-horror stuff in the spirit of Alien/The Thing with with a some sort of creepy-ass alien parasite taking the role of the mafia. It'd be awesome.
But I doubt a lot of people here would want this, so I guess I'm fine with any theme. Okay, the Final Fantasy one I'm a bit skeptic about.

If I might be critical of myself, I think I put things too much in the mafia's advantage. Banning roleclaiming AND role revealing, in addition to keeping minimal townie roles, proved to be too much. I think this paralled with Minby's game, in which the townies had the greatest advantage, and may have stemmed from my frustration as a losing mafia. Regardless, I would like to nominate Weldar as the next game's host, I think he can step in, and use what we have discovered in our previous games to run a fun and balanced game.

As far as theme goes, I would like to recommend no theme. I rarely play games with themes, and when I do it usually stops being fun after clever roles assignments (in case anyone cares, I've done Harry Potter and mexican food as themes with my normal group). I think we can do TWBB as a theme again, it doesn't seem that impossible.

I know I'm not going to play, so my opinion might have no importance whatsoever, but I think td260's and Spont's ideas are really cool.

Blue Madness wrote:I know I'm not going to play, so my opinion might have no importance whatsoever, but I think td260's and Spont's ideas are really cool.

woah- wait. someone who AGREES WITH ME?!?

that's either a miracle or a sign of the apocalypse, because that NEVER happens.

And regarding the next game, I think we should still ban roleclaiming, but role reveals would be nice. Weldar suggested that we could have someone who can scan people after they're dead. Might work.

As long as it'll be called "Mafia 3; with a vengeance" Im down

Avalanche91 wrote:As long as it'll be called "Mafia 3; with a vengeance" Im down

It's funny because it makes no sense. Dat's da joke.

I think themes are good, they add an interesting little bit of flavour and can sometimes spawn interesting roles. I think I'd go with a TWBB or TF2 theme, probably TWBB. But I'm all up for new themes in future games.

Anyway I guess we should start the sign ups now, I'm guessing I can put JGH27, Spontaneous Combustion, smashbro, DRTJR, td260, DarkFalco and SurgePox on the list based on what they've said here.

Avalanche wants in too

Don't forget me, I'm totally in.

i'm up for a game, but if i am samus again, i wil ragequit

I'll play, but I'll-a kill every fucker in this-a kingdom, until I find MY-A WOMAN!

Though not quite sure why I was constantly considered to be Mafia. Oh, and I was 100 percent sure I wasnt going to live after Surge decided to fuck me over by turning our strategy around on us.

I must thank Fobby though, for being the biggest help/threat ever. At first he almost pointed all of us out in the veeery beginning. We were going to kill him, but then decided not to. He proved to be very helpful.

This game was awesome. I know this will never happen, my being new, but I have hosted Mafia before and would be willing to do it again...

Oh, And I was Lucas. 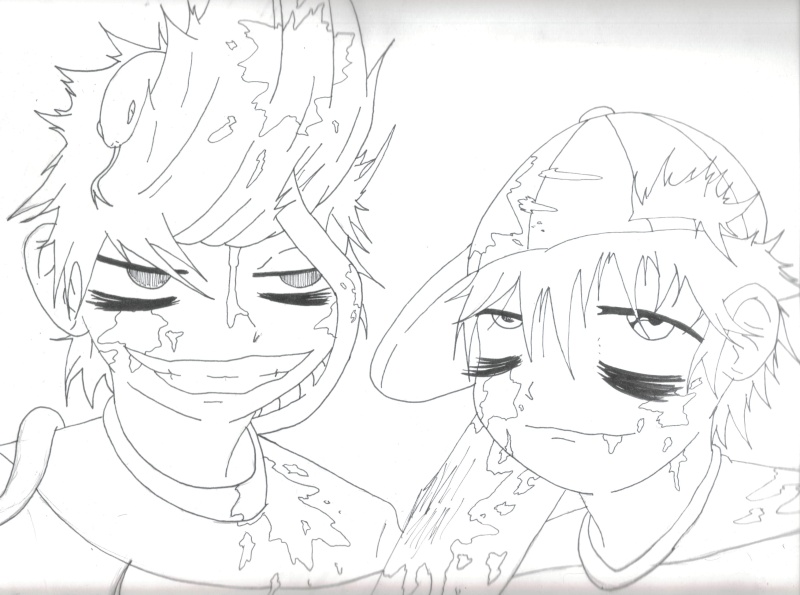 ...Can a mod unlock the signup topic so we can stop de-sanctifying this graveyard of weary souls?
(Is still pissed about dieing the only night he didn't protect himself.)

If the Next Mafia Game involves Pokemon it has to be

Mafia 3: It came from outer space

I say we should have a Video game related Multi-verse
Alla Megaman, or crono (Chrono Trigger). as well as Link, Zelda, and Samus as the "good" guys

THIS IS PART OF THE MAFIA FINALE. Make sure you're starting from the mafia thread itself.

Lightning flashed amidst a darkened city, illuminating a gallows on which a corpse still swung, beside which another had been nailed to a pole. The hands of the two were roped together, lovers bound beyond the grave in a gruesome display. Around all was silent save the rain as Quaetam and Raya leapt apart and began to pace. The storm raged. The mist rose up from the ground; the green flare lit the surrounding town like a graveyard riddled with the blood of so many innocents. Here the struggle had been in futility. The end was one of darkness.

“Don’t you see the despair here? How easily the darkness can consume the light? There is nothing left, Raya. That great force of love, the ever lauded beacon of happiness that drives so many of us, it fades away like nothing before the coming of the darkness.”

And she felt it, even as she raised her blade to fight again, even as she slashed through a blast of green-crackling fog and charged her opponent. She felt the despair as Quaetam parried her slashes, knocked her backwards towards a streetlight. Her banstick raked through the metal, which burned away in a golden flash, and she dodged as his blade raked past her side, scratching her arm. She felt a burning pain, but her grip did not waver, and the miasma could not take a hold. She recoiled, bringing her own sword across in a horizontal slash, piercing the rain and tearing towards her opponent. Quaetam conjured a second blade out of the mist that surrounded them and blocked.

For an instant all was still.

“Can’t you understand?” said Quaetam, “For every triumph of the light there are just as many of the dark. For every seeming survival, so many lives pass in futility. This is the uselessness of our world.”

Again Raya lashed out. Again she struck towards the avatar of darkness that stood before her, and again Quaetam blocked. She followed up each strike with a heavier one, and yet the god blocked each one without effort. Rage shone from his golden-scarred eye, and as he parried a downward chop, he jabbed forward with his other blade. Raya spun to avoid being caught with its deadly edge, and was scratched once more, her wound burning, screaming at her.

She swung into it again with all her might, struck out, and Quaetam in turn lashed downward, green energy mingling with gold in a blinding flash as he knocked her back, as his blow cast hers effortlessly aside.

Raya fell apart from the world.