THEN WHO WAS PHONE?!

THEN WHO WAS PHONE?!

Bonus points if you get the thread title.

Raya wrote:Bonus points if you get the thread title.

Just a lot of 'karma' related events, don't know if that's paranormal or not but...

Like, douchebag boss that you complain about to superiors & nothing happens to him.....then he gets fired over something very menial & dumb, but hey.....he got fired, causssssse he's a douchebag

(happened twice actually~) What goes around comes around, so watch what & who you do it to~

Oow lots of "yep...thats karma" moments. Someone does something bad to me, something worse happens to them. My exes all ended up terribly within a month of breaking up with me, and more often then not when people try to hit me, they hurt themselves somehow, without me actually attacking back. Also getting luck at moments I really need luck.

Most recent example of something weird though, I was playing pool or whatever you call it, and I was really concentrated. Suddenly I hear "Mind if I ask you a question?". Nothing around me indicated that anyone was asking anyone anything. So my brain just might having spam I dont know.

also a few years back I kept dreaming about a sillhouet. It seemed like a knight or something, but I kept dreaming about it, up till the point where he introduced himself. Heard a friend of mine say (who is really into stuff like this) that its a guardian spirit, so I just went with that. Dreams eventually stopped, but I feel like my life changed a few times for the better after that.

+rep for referencing one of the very VERY few animes to come out here. (seriously, why jetix. the voice acting was amazing for dutch anime, the story was sollid with actual 3 dimensional characters etc etc......then you decide to show kid vs cat instead and you died for me jetix)

weirdest thing happened when I was bored and googled the name of my possible guardian spirit. Turned out the first result I got (wikipedia) was one of the 12 titan gods from ancient greece mythology, which was kinda odd. I never heard the name before and the guy turns up in actual mythologie as the Titan of light, and later of watchfullness and wisdom. Too bad he plays little to no role in mythologie, save for the whole 12 titan gods thing.

and just days after I first heard his name, it pops up in a cartoon I was watching. I was just on my computer, cartoon in the background and I hear about a character called Hyperion. turns out it was just a spaceship kinda thing, but it just boggles my mind what a coincidence that must have been.

). I've always liked the idea of something looking over you and what that implies (why are they doing it? What exactly are they? Does everyone have one? etc). Same with animal guides, really. If you ignore all the new age/furry bullshit there's a fairly interesting concept under there. Is it an external force, or part of your psyche taking a familiar shape?

I'd love to find out mine, but to be honest I don't really want to wander starving in the wilderness/take copious amounts of drugs. The Ganzfeld experiment can be used though, and all you need is a pingpong ball and headphones. It's also an alternative to getting high and hallucinating

Hell yes, read about it on cracked

Not buying into the whole guardian spirit much though.....its a fun thing to think and theorise about, but Im not going trough my life thinking a Titan is watching over me

(I cant imagine the paranoi that comes with it)

I've had a whole bunch of weirdshit coincidences. A couple weeks ago I was hanging with my friend and out of nowhere he says "We should totally play Clue!" You know, the "Colonel Mustard did it in the ballroom with the revolver", that Clue. Well, my response was, "Maybe later, Fringe is coming on."

Fringe comes on and, what do you know, one of the first scenes has them playing Clue.

That same day I'm playing MW2 with that same friend and we get into a discussion about how one of my other friends plays. I point out how he does this peter griffin laugh whenever he fires a Javelin and my friend says "what would happen if Peter Griffin played Call of Duty?" Needless to say that trivial discussion didn't last long (although it was kinda funny while it lasted), but that Sunday the Family Guy episode had Peter playing Modern Warfare.

Don't even get me started. Seriously, you'd think I was crazy if I said to much. xD But yeah, I've had some weird things happen to me over the years. The most recent was just a coincidence of course, but it freaked my cousin out. I was at her house and about to leave. "My coat was in the closet. So I said, we'll I better get going." And then the closet door opened.

But here's one that I don't tell to many people, but since it's a damn forum, why the hell not. I was young, like maybe a year old. I was lying in my crib and turned over. Looking through the bars, I saw something standing next to my bed. It was a bloody decaying corpse wearing nothing but a green, red, and white stripes toboggan hat and scarf. It was just standing there with it's hands reaching out to me with long curly nails. I started crying and my mom came in and turned on the light. Then the thing just got sucked up into the light. To this day, I don't know if it was just a dream or what, but it was really weird. And if it was a dream, I had one hell of an imagination for a baby. About 8 years later, me, my mom and my sister were talking to this guy down the street who was telling ghost stories. My sister then said that one time she and my other sister were making their beds when a bloody hand with long curly nails reached out from underneath. And then I really started to wonder. I asked my other sister about it and she said it happened but didn't want to talk about it at all.

Well, I really like the simpsons and I constantly quote the episodes. Well after a while I realized that every time I quote an episode it shows up that night. To test this out I only made ONE simpsons quote a day for a week and each time that episode came on the air. It was really wierd. That went on for a few years with near 100% accuracy until they changed the line up.

I've had the same thing happen with both Simpsons and Family Guy. Seriously, it's like just thinking about an episode makes it come on...

...Now to learn to control this power...

Well lets see. I am actually here on this forum by sheer dumb luck. lol

On that day I was just browsing though stuff looking for a game. And I find one called fiesta. So I go and sign up, but what is this? I find that my email is being used on this game already. After a few months I then go back to that same game and sign up. Which works this time.

So I am playing alone for while until I join in with 2 people and start talking to them and having a fun time. One becomes my boyfriend and he introduces me to suicide who got me into a group of friends and shows me Yahtzee. And though that I found TWBB.

If I had been just like 5 seconds later or earlier and had I said no to joining my 2 friends at the start. I would have been in a totally different spot then what I am now.

"When we really want something the universe conspires in our favor"-The Alchemist. I find this to be very true. From all the stuff above. Not including everything I seen happen.

My friend showed me the Webseries. I started watching around episode... 3 or 4 or so.

Around 5 or 7, he lost full interest and decided it was taking a turn for the worse. He hated the ending to 10.

But I just loved it.

I joined the forum because the wait for 10 was killing me, I needed to blow some steam off with people who could understand me.

Although I must say, I was in class one day and we had a substitute. I was on the forums, and he walks up behind me. At first I am like "If he kicks me off Ima be so pissed" but then he said

"Uhhh, yea, where did you leave off?"

XD! Oh my fucking god. That is the best substitute ever, of all time.

Actually, ANSEM had the best substitute of all time.

......Nah, still got to say that Snakes substitute was and is better.

chance of losing my virginity to a hot sub... VS. Epic teacher...

i was searching random mario stuff and came across some pictures of the show put under a cosplay like category. i looked it up, trying to find more of the awesome pictures, only to find to my great happiness that it was actually a show. so i started watching. that was round episode 4. i just didn't join the forums till later, but i'm glad i did

Quaetam wrote:Actually, ANSEM had the best substitute of all time.

The number of times I've thought of a song only to have it come up next on shuffle...

queen_camilla wrote:The number of times I've thought of a song only to have it come up next on shuffle... 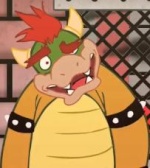 I heard about a game you can play that involves letting a demon into your house, A friend of mine wants to try it and despite being Atheist, I am a little afraid for him.