DRTJR wrote:
If I get lynched I Explode.

Actually, he just fucked himself. By pointing out he shouldnt be lynched, The Mafia are probably going to night kill him. Considering thats the only way to rid of him safely.

RAYA is a mafian
and I am willing to bet She's the fucking DON!
I am a townie I am Spontaneous Combustion.

I'll be Vindicated, WITH SCIENCE!!

It goes both ways Snake. It does not matter wither they be Mafia, Townies, or other third parties. I die I explode other wise i have no powers.

Weldar wrote:This game most probably has some sort of role(s) that relate to the dead. May not be a reviver though could also be someone who can talk to the dead or some other examples I can't think of.

I considered that but Q said the dead cannot communicate AT ALL, so that's out.
And yeah snake >_< This game is all about baseless guesses, especially early on - We all can't demand everyone's role like you =P 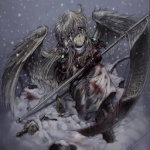 I'm gonna give my typical suggesting for a game starting in the day phase, which is that we skip our first lynch. We don't really have a lot to run off of (other than drtjr's fuck up lolol), and if we vote randomly, we are more likely to hurt ourselves than pick of a mafian. Especially given how third-party heavy games of the past have been, mafia's have been getting smaller and smaller around here, which de-legitimatized the use of guessing as a viable tactic and means we have to be even more keen eyed to catch them. Conversely, it also means we have more of a numbers advantage on the mafia, and can afford to use this one day phase to get our bearings to the game, let them make the first move, and respond with swift retribution.

Uhm, actually, you could not be more wrong. While guesses are permitted at the VERY beginning, farther on into the game you find that unless you have a bit of proof behind what you do, no one is going to listen.

And you are right, You cant just ask for roles like I can. for two reasons.

1. Because I played the game how it is supposed to be played. Smooth talking. Language means everything. Running around making baseless guesses gets you nowhere. People who do that generally end up being the patsies.

2. Because its in the rules. lolololololed

And Surge, I agree this time. I wasnt really going to keep my vote on DRTJR, I just wanted to point out he was fucking dumb for doing that.

I disagree, snake. Guessing in the beginning, or randomly, is more likely to hurt you than it is to help you. In fact, this phenomenoen has been observed in communities that specialize themselves in mafia. In some instances, due to numerical advantages, the townies elect not to make a crack at the mafia until after the first kill. The mafians, not wanting to relent their advantage, elect not to kill. And they all happily ever after Now that isn't exactly what's going on here, but it's similar. We, as the townies, can recognize that we stand a better chance of making the right moves by holding now, and attacking next phase. We risk losing two townies (one we lynch by accident, and one killed by mafia at night). Or we can lose a townie and gain information. With no day kill to play off of, the mafia are forced to make a kill by their own guesswork, instead of playing off the politics of the day before.

I was agreeing with you. And the main post had nothing to do with you, I was responding to Suicide. You ninjad me.

Hence why it probably was off a bit

It would have been smart to include something about being ninja'd that, as to avoid confusion. Or at least include an @username so people know who you are addressing when you abruptly start talking about something else.

I was agreeing. To an extent, I like to throw votes around in the beginning just to gauge at poeoples reactions.

I just did it with DRTJR, I did it last game with Viero. I never intend to have someone killed the first night....

Well, last game was an exception. I was playing the part I had.

I somewhat disagree Surge, like I've said before I think a bandwagon on no lynch is silly. Another night won't do all that much. I think the best thing to do is throw around some votes and see how people react, settle on no lynch in the end if you want but bandwagon it from the start and we waste a day. I wouldn't be opposed to games having a night 0 though, just no killing powers on night 0.
_________________

Weldar, A night zero without killing powers is jut a free scan for the cop, assuming you are just using classical roles. Shaking the cage is only something I like to do when I am mafia, otherwise I prefer for things to remain very plain. Chaos always benefits those who are more well informed, and early in the game, all the information lies with the mafia.

However, I would also like to point out that DR kinda fucked up big here, which is rare this early, and something I didn't anticipate in my normal early game strategy. He cracked under the heat, and threw out a random accusation on Raya. I don't see a normal townie suddenly deciding that someone who hasn't even posted yet, and is probably in bed, would be more suspicious than themselves. Logically, it doesn't sit right with me. If I may speculate, I believe that Raya may be an early target decided on by the mafia, and our friend Drtjr has tried to make a quick gambit against her under the heat.

soooo i was right. we're all just sitting her doing nothing due to the lack of evidence like every other game so far. well except DRTJR's slip up. or is it a slip up? i think he may have something up his sleeve. he's played this game too much to crack like that so early. mafia? maybe. idk. it's late here and my brain is a little muddled. i just wanted to make sure i say some of my piece early on so that i do have a presence. i'll come back to it in the morning when my brain is clearer.

hmm my main goal troughout most mafia games so far has been keeping track of the voting record, and comparing it to the people's ingame profiles (psychologist remember?) to try and spot mafians. Normally I can point out a few mafians after 3 dayphases or so using this method.

However, I will give Surge's philosophy the benefit of the doubt this time. The last time I decided to trust the guy it turned out very well for the townies. I just have to keep my eyes in my back though, cause I really dont like being stabbed there.

dont we all av?

so no lynch this day, can we go to a quick nightphase then?

I agree with Weldar. We can't just bandwagon "no lynch" willy nilly. We need to get some votes out, name some names, see how people react. Even when you don't want to, you act differently when you're guilty than when you're innosent. So if someone says something suspicious, call them out, see their reaction, compare it to how they reacted in other games or how people normally react, and we might get some information.

I too would like to see a lynchless first day, but just abstaining from doing anything won't really do shit. We of course can just throw suspicions around without actually trying to lynch anyone, but really, who is going to react suspiciously to that if they're not in any danger?
Also, DRTJR has either a very cunning strategy or a very stupid one. Interesting.

And I think we should once again use Vote: Mentok as the new Vote: Nobody just because.

Day 1 will continue as planned, night falls Tuesday at 7 PM EST. Only five of you have voted and only about a third of you have even posted. C'mon guys!

Oh, wait.
Okay, I'll be in the Vote: Mentok camp too until something better comes up.
And Q, the game hasn't been up for an entire day yet. Don't worry.

DarkFalco wrote: well except DRTJR's slip up. or is it a slip up?

That wasn't a slip it was an outright claim. The situation seems simple enough to me, if I understnad correctly he's claiming a bomb who'll explode if he's lynched or nightkilled. There's two main ways to got about playing a role like that, either "haha suckers, I've got a bomb" where you try and sneakily get a mafian to nightkill you and blow them up or "Stand back, I've got a bomb" which is what he seems to be going for here. He's using the threat of the explosion to keep himself alive, no-one wants to kill him, effective but it doesn't exactly reflect great upon you. Personally I prefer the first option
_________________

I'm gonna have to agree with Surge and Avalanche on the topic of first-day lynching. If we screw up and kill a townie or some other pro-town rule it gives not only the mafia an advantage, but third-parties as well.

aah sorry Q. thought I made it clear in my post that I'll try Surge's idea.


I may be a newbie but even I can agree with that logic. We're better off being cautious until we have more information. 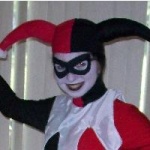 After that last round. Yes I am for not killing anyone yet.

I will be more active in this game very soon. If not then on day 2 I will. SMG 2 is calling me.