I kid, I kid! Welcome to the There Will Be Brawl Forums! Here you find the Off topic forum, with the whatever thread, The Evil League of Evil, Avalanchia, Vieros cave.

snake's our initiation troll so just get used to him

SnakeInABox wrote:We just started Survivor, so in a month if we do it again you can jump in on that hunk of Surgepox.

oh and snake.....surely you weren't referencing this?

SnakeInABox wrote:We just started Survivor, so in a month if we do it again you can jump in on that hunk of Surgepox.

oh and snake.....surely you weren't referencing this?

I'm glad I wasn't the only one thinking this.

Welcome to the foum, Lynn

You know, for a member of this forum and a fan of TWBB, I shamefully have to admit....
I've never really played any Nintendo games aside from pokémon and some games on the NES I had when I was little....

Next time you're over I'll make you start Super Mario Galaxy (2) or Metroid Prime Corruption, and we'll go from there.

Next time you're over I'll make you start Super Mario Galaxy (2) or Metroid Prime Corruption, and we'll go from there.

also, a few non- zelda games on GBA that you should try.

now now, we dont want to overzelda the guy. Just 1 or 2 titles are enough to at least get him up to date a little. Completly agree with having him download Golden Sun, But I'd rather have him download Megaman 2 instead of battle network.

This list needs ChronoTrigger on it.And what the hell,no Super Mario World and Yoshi's Island? If you like to bump up the difficulty,try Super Ghouls'n'Ghosts. It is a nightmare at first,but if you accept the challenge,you are going to enjoy it(epic music in it,too).

Good. I needed something to hide the Armor of Invisibility in.

Fedaykin wrote: If you like to bump up the difficulty,try Super Ghouls'n'Ghosts..

Oh dear lord...
That game, being played when I was 7=Mental scars.

I was older,when I first played it,but I stopped playing at once,because the first level was a graveyard.3 years later,I started to love the game.Never finished it tough(when I was teleported back to the beginning I said to myself:you won,just quit.)

It took me three years, but I beat the entire game when I was 10. I was so proud XD

Man,you deserve a medal! Have you ever found out how to use that goddamn shield correctly? What was your favourite weapon? The bow was quite useful,but the daggers rocked the boat.

I used the dagger pretty exclusively, because it was quick and decent damage. And no, I just ignored it and fought on until I memorized everything I had to do. I took a loooooooooooot of hours. I'm still scarred by the ending though. All that work for Engrish.

Ill have him study mario galaxy 2 and metroid prime 3 once he's here. Zelda TP takes to long to get going

yello, welcome on our humble forums

Not_A_Plumber wrote:I'm new... So hello, everybody.

your welcome, takes a piece of cake

Watch out for Snakeinabox, he's our resident Initiation troll.

Welcome, Not. And by that I mean welcome, Not, not Welcome... ...Not. As in a friendly welcome to Not, not not welcoming Not.

Aaaah,Q,always toying with someone's mind,even if it is your own

As a tenured n00b, I welcome you to the forums.

EDIT: And guess what?

Welcome to the forums, have fun and don't press the red button that says "press for fun power ups", it's under maintenace cause it gave out poison mushrooms. 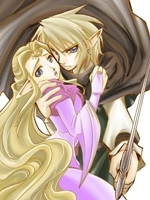