The Grand Brawl - Round 3: The Battle Complex

Spoiler:
I'll gladly get back to it, gimme a day or two to remember what's going on.

Hey, I heard there was a need for a replacement on the Grand Brawl RP forum. So, if there is, here is my application. If there isn't any room...add me to a waiting list?  This seems like a fun RP, and I'd love to hop in and cause some choas (in RP of course).
So I tweaked one of my old characters, and whipped up a profile, and...welp, here you go.

Abilities:
Zepplin has an Ego (the equivalent to a Stand/Persona) which he calls "The Wizard".  When Zepplin uses his Ego, it appears as a white, tall, and lanky humanoid. along with two eyes that are plug in sockets. "The Wizard's" body is covered head-to-toe in analog sticks from various video game consoles, and when Zepplin uses his ego all the sticks start to move at once. The last distinct feature Zepplin's Ego has is a long wire, that is functions as a tail of sorts. Zepplin's Ego's main power is to be able to cause random events to happen, like say, a part of the world tilting, or a hurricane. Sadly, Zepplin has no control over these powers, and "The Wizard" often choses to do whatever it wants (sometimes to even Zepplin's dismay), thanks to the Ego's trickster personality.  Zepplin can also send "The Wizard" to go out and attack others while he stays in one place, but whatever damage his Ego takes, so does Zepplin. So, all in all, Zepplin's Ego can either be the end of him, or his savior. 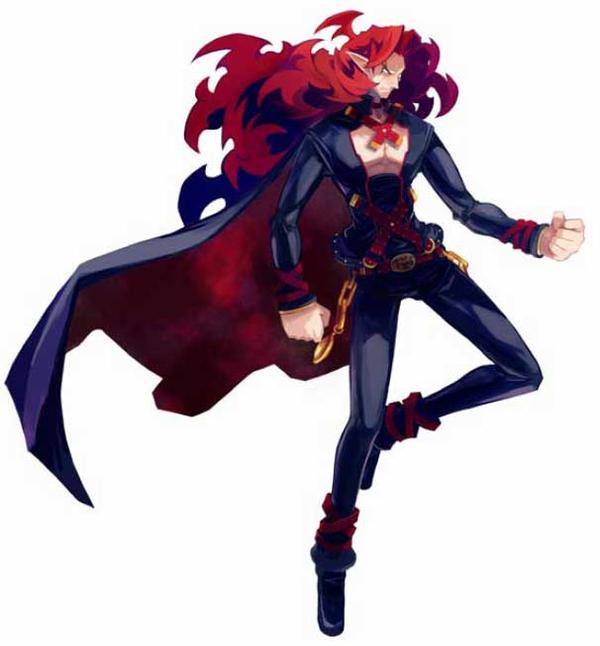 (This is actually almost exactly what I was thinking of for the character's design. I don't know if images are allowed, if not, I can also go back and write here)

Biography: There was a time when arcades ruled the streets. A time when many a place had strangely shaped machines with bright colors and simplistic graphics, and people gathering around this machines, worshipping them and offering them pay in the form of a strange currency called a "coin". During this period of quarter wasting, one man was known to be the best of the best. The one man who had mastered every game to be mastered. He was called "THE  SELF PROCLAIMED MOTHERFUCKING ARCADE CHAMP". He knew how to pull off every move in a fighter, how to find a way out of every situation of every platformer, how to shoot down every single ship in a SHUP-Okay, I think you get that he was pretty fucking awesome at this point. Anywho, after defeating each and every opponent whenever challenged, his ego began to grow and grow...until it eventually became it's own being.  Naming his newfound Ego "The Wizard", the Self Proclaimed Arcade Champ went to each and every arcade in the entire world, challenging the cities best, and after each victory, he'd move onto the next. It wasn't long before he had successfully defeated each and every player in the world.

Sorry if I'm ruining the flow of the RP, if so I can get rid of this, and PM it to the appropriate person.

No who even are you? That isn't how things work around here. This is a Roleplay that is reserved for members of this community.

Lucky for you, becoming a member of this community is very easy! Simply introduce yourself here. It is well advised you have seen the popular web series There Will Be Brawl, seeing as we all share an appreciation for it. Not to mention this is, well, the official forum.

From what I understand, this rp is dead. But you are more than welcome to sign up for our next mafia game! After introducing yourself of course.

I told you two times already. Post in the newbie thread first. There is a reason I did not just say to jump right into this. I also said that I was not sure if we needed replacements and to ask, not make up a character already.