Who's got no shame left and is asking out every girl he knows? THIS GUY!

I made up a drinking song on the spot. Future career in a bar? Hmmm...

td260 wrote:Drink your teoubles away, for here you cannot stay, let your mind drift upon the waves of golden booze. Drink your troubles away, for why would you wanrt to stay, when you could fly and shit, when drink reality you choose.

I made up a drinking song on the spot. Future career in a bar? Hmmm...

Snake do you have some hidden resource?

>No Minister one yet 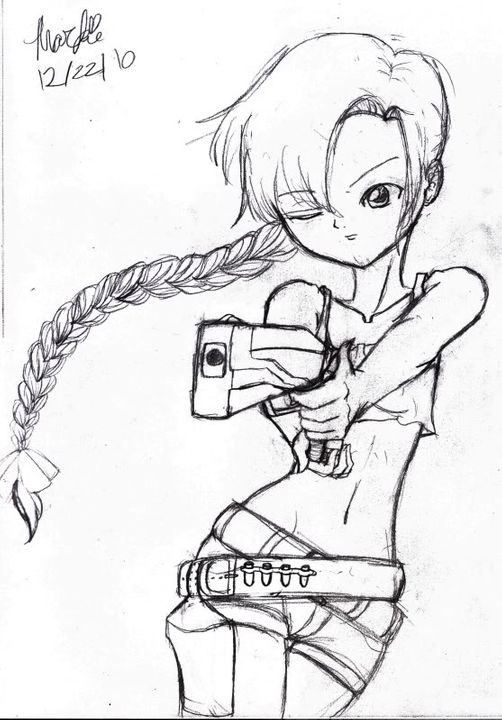 anybody miss me? lol sorry i haven't been on guys my laptop broke and i've had very little access. plus i've been hanging a lot with the boyfriend :B let me tell you i'm happier than i've been in a long time. other than the fact that i'm having bf withdrawals D: not seeing him in over a day is killer and i've got to survive 2 weeks until he comes down here to visit. major sad face. but i went up monday and saw him and gave him his christmas present. i crocheted him a scarf :B he really liked it which made me happy. it's a great feeling knowning you've got someone who cares about you like you do them. a really good feeling. it makes me all warm inside

but hopefully i'll be on at least a bit again. i've missed the forum chat a lot D:

Ah ha, that explains it. I was wondering where you ran off to. GL with the boyfriend thing.

@relm thanks with luck this one will last a long time. i've got a good feeling about it :B

Okay, you know what always REALLY bugged me about Scooby Doo? That tired old "Scam the Monster Bit".

Let's say that the gangs chacking out some Mummy that's haunting an abandoned carnival. Well, after splitting up, Shaggy and Scooby run into the Mummy. Of course, everyone knows it's really a guy in a suit, but Shaggy and Scooby are still terrified. So they run and the monster chases them. Ducking behind a corner, Shaggy and Scooby throw on some straw hats and striped jackets, and get the monster to play Test Your Strength or something. The mummy wins and they give him a prize. He walks off and they bolt in the other direction just as he realises he'd been duped. That would fit in almost any episode, but there are really a number of things wrong with it.

First is obvious, Shaggy and Scooby dressing up in suits. Well, it's a cartoon, and since I'd let it slide in Tom and Jerry, I'll let it slide here.

Second is the monster's memory. A lot of things hinge on this actually. Say for example that the mummy forgot he was even in costume, which is sort of implied. Then why does he keep using the echoing voice? Or still work the facial expressions on the mask? And if he has enough wherewithall to do that, why does he forget what Shaggy and Scooby look like? Or the fact that he's trying to scare everyone away, not just the gang?

A third problem, and one not addressed as much is Shaggy and Scooby's 180 in attitude. One second they're running for their lives, but with a quick change of clothes they're suddenly 100% confident around the monster. They'll chat, they'll joke, I even saw them berate a monster once. My question is, what happened to the fear? They didn't just stop being afraid, since after the monster sees through the scam they go right back to running. The whole show was essentially based around Scooby (And Shaggy) being cowards, and most of the time they can't even stammer out a sentance when the monster's around. So why do they become so non-chalant for such a brief period of time?

I know, I know. It's a kid show and it doesn't matter. Problem was, a lot of TV shows treated kids like idiots (some still do!) and things would have been better for nearly everyone if they had thought cartoons out more and made enjoyable programming. I'm serious, watch an episode of "The Perils of Penelope Pitstop" and convice me they put an iota of effort into the plot.

Holy over analysis Batman! All the little kiddies still enjoy them regardless, because it gives them a cheap laugh. Sure, it's stupid to all of us, and I don't know about you, but when I was a little kid I liked Scooby Doo. Old school Scooby Doo, this new Scooby Doo stuff is strange and foreign to me.

On another note, I don't know if I should be sad about it or not, but I'm trying to learn a piece of music on the piano. Why should I be sad about it? I'm playing two awesome tunes from Final Fantasy XI, is why. Ronfaure/Longfall and Selbina, to be specific. These. The Selbina music in particular is amazing, but Ronfaure is nice and relaxing.

But that's not the point. I loved Scooby Doo as much as the next person, but a little while ago I started watching Boomerang and I'm appalled at how lazy the writing can be on some shows (Not neccesarily Scooby Doo). I can understand re-using animation as a time and money-saver, but none of the shows gave kids any credit. I'll give you an example. In one episode of the perils of Penelope Pitstop she was tied to a table in a cave under a stalactite. She was told that any sound would jar them loose and she'd be impaled. That's a ridiculous premise to begin with, but it actually works. Someone comes in and makes some noise sending a spire right at her head. And do you know what her plan was to get out of it?

That's right, she was going to sing at a level that somehow resonated with the rock and caused it to break. But that wasn't enough, she had to turn to the screen and spend 20 seconds explaining that was what she intended to do, all the while that stalactite is getting "Closer". AND IT WORKS!

Now imagine every episode had something as equally dumb happening in it four times over.

Scooby Doo was never as bad as that, not even close, but they DID re-use that same gag about every other episode. It's stuff like that that gets me angry. It's not like there weren't quality cartoons out there. Looney Tunes and Tom and Jerry proved that. So why did other cartoon makers have such little regard for it's viewers?

So Snake, you wanna take a crack at making a better version of mine?

Heh, I just roll with "A wizard did it" for those kinds of scenarios. Buuuuuuuut to answer the question, you got me. That happens everywhere though.

Warchamp7 wrote:So Snake, you wanna take a crack at making a better version of mine?

Can you provide me with a full body shot? Just to get to know the character and stuff.

About the whole Scooby Doo-deal going on, I agree that there is absolutely no thought put into those shows and episodes. It is horrible and stupid if you look at it from a critical perspective.

But the show is brilliant at what it was designed to do. Mainly mindless entertainment. You don't watch scooby doo to watch a good show. Same as you don't watch any movie that is not a comedy, for a good laugh.
Sure, plot, writing and character development do not have to excessively hinder a show of being funny. But a kid does not mind such things, and doesn't really WANT to mind those things. If the kid comes at an age where he starts wondering why the hell singing would stop a stalagtite... he's too old for the show.

Scooby Doo is just one of those shows that you put on, zone out on the couch, and just laugh.

And about the explanation with the stalagtite falling, that's done in pretty much every kids show and even adult shows. It's just that if you made shows go on real-time, there'd hardly be any time for dialogue. It's just as simple as that.
Take Scott Pilgrim, for example, which most of us on this forum love. I'll spoil it incase you haven't seen it though.

Spoiler:
During the fight with the 4th Evil Ex, the girl, Scott lands on his back and is about to get axe-kicked in the head. Things turn semi-slowmotion, and Ramona finds the time during that one kick to give Scott a suggestion for defeating her AND explanation why leaving Scott with enough time to also take action....
While the kick is falling! That's hardly 5 seconds to have that dialogue, and pinpoint his counter attack.

Ofcourse, you can say that "that's scott pilgrim, it's meant to be surrealistic". But then, what does being a cartoon mean for Scooby Doo?

Also, hi DF :3
I kindof figured your boyfriend kidnapped you

Good to hear everything is going well for you


i refuse to make one. 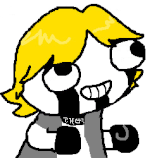 Warchamp7 wrote:So Snake, you wanna take a crack at making a better version of mine?

Can you provide me with a full body shot? Just to get to know the character and stuff.

God damn it, I go to work and suddenly everyone changes their avatars.

THIS ALWAYS HAPPENS WHEN I'M OUT.

screw it, I ain't changing mine. Though I am tempted to change it to handsomeface, to be a dick.

i refuse to make one.

Fixed that for ya.

credit to my bro rob for outlining