Well this turned out way better than I thought it would lol So this is where the listings of the next grudge matchings will be as well as their bios and the winners of each. And OOC, actually, that'll help keep the other thread cleaner.

Everyone else! Start posting here!

OK. Suicide. You and me! Lets see who the most creative is.

Q's not responding, so we could battle Weldar?

so ansem and weldar want to fight is that correct?

Oh man, I wish I was fighting Pyre right now just so I could weave some internal/mental conflict about fate, which he seems to be all about...

Sin's just having some fun, and excrutiating pain. I'm not used to using him, so this is like a trial run of the character, to see if his mechanics are worth using.

Really? Cuz to me it looks like I'm about to waste your char.

not really but you've never fought against my buddy Pyre.

Alright sorry for the double post everyone but now its time to post since we really came to a critical point in this obviously short fight. So, by around oh...6 o'clock mountain time I'll tally in the votes on who wins or loses. Oh, and everyone, POST HERE instead of in the other thread. That's strictly for rping now.

Vaati Vs. Magus? or is it only forum members

Do not forget to edit Suicide and me into the waiting list for this.

alright the list of waiting people has been edited! i'm eager to see who won.

O man, this is alot like the sparring i used to do on another forum. Though we had more rules, since a thrown together character could easily turn into godmode XD.

Winners were decided by who could just outwrite the other one, seeing godmode was frowned upon. No one could take unlimited damage, but they had to take damage to not be godmode. Eventually it was just about cornering your opponent and attacking where they couldn't defend.
I loved to RP like that, and if I may boast... I was one of the better players with my character

Ended up ripping someone's heart out of their chest once. god that felt awesome...
(I had something like a metal-claw-shred device, so I could pry it through their ribs and grab hold of it once they messed up and got too close.)

Haha, awesome. I never got much injuries done on myself, because there was always a way out :\ The people i fought were mostly on the level of "runs up to you and attacks" though.

The only one who was more creative than most ended up being my sortof rival, untill I inserted a bomb-like thing in one of his wounds and blew his torso up.

That Budokai sounds awesome though, i'd love to see the draft for it.

I'm truly dissapointed with this match, but I suppose... I've got to do some more work with the character, alter some basic structures, anything you guys can tell me that might help me improve him?

Requiem wrote:I'm truly dissapointed with this match, but I suppose... I've got to do some more work with the character, alter some basic structures, anything you guys can tell me that might help me improve him?

I thought you did great. The character felt really creative, using cards of sorts, and the revival-card was really interesting.

EDIT: When we do our own matches, who decides the setting? That may be important for my character.

*Shrugs* Jake wanted the City setting, I didn't care, if you'd like you could have whoever is presiding judge decide before the characters are put up, so that it's impartial

I am most definitely not liking the poll right now.


Alright so a few more ground rules that I feel are going to be necessary:
You MUST have a bio for your character. Not just to keep God modding down, but so you and your opponent know who you're dealing with.
The setting of the fight shall be decided by both participants.
Whoever wins the poll at the end will be able to have the 'finish him' post.

in advance, the character i will be using in the match against Q will be:

Name: Berend Barnabas, AKA the Hammer of the 15 AKA The Storm. 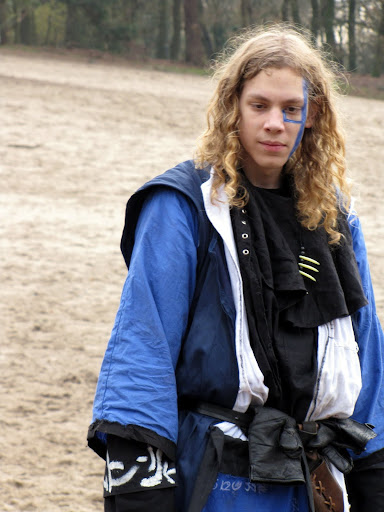 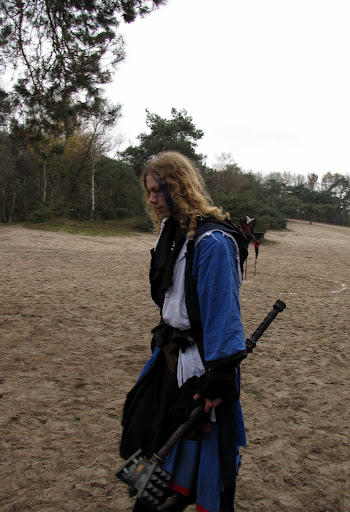 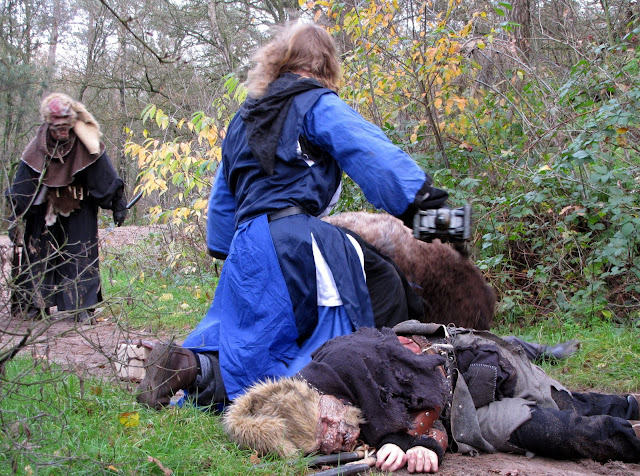 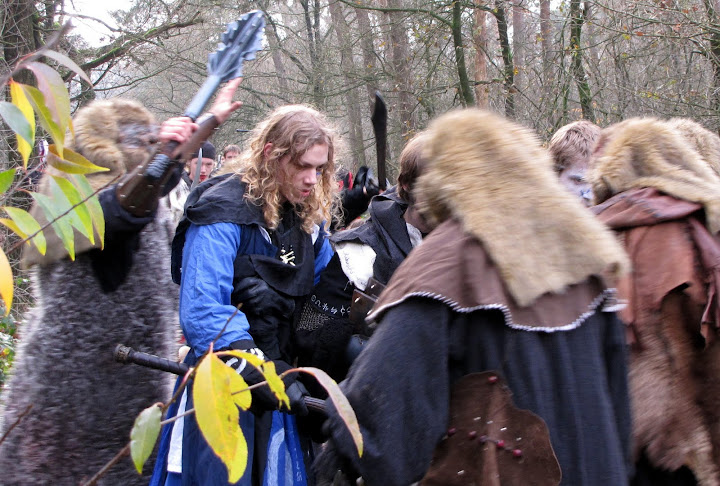 Powers:
There's a reason, why 14 of the most powerful demons on the Creation, and the God of Truth chose a mortal to be their hammer. Enter Barnabas, dubbed the most powerful mortal in all of Creation. Not the most powerful creature, not by far. But for a mortal to be able to destroy medium sized Demons, lesser and earth bound Angels, and any Avatar of any god thrown at him. Lets just say that he has a gift. Maybe he was born with it, or his lifestyle, or training, or paths he chose. In any case, he has an amazing raw power. Pure, Arcane Magic emanates from his being at all times, oozing out of every pore. He is a water mage, capable of using both the mystical powers of water, as well as the powers of Ice. But his greatest strength lies in the fact that, should he exhale too loudly, beings of magic implode around him. If he were to gather all his power in one blast, he could wipe a city of the map. The problem is, being a mortal, his body and soul are not supposed to handle this strain. He should be mad as a hatter, or exploded. But he copes with it. He's just a human being. The glorified blunt Instrument of a God, just like a paladin of 1 of the 4 other gods.

Description/background:
He's just a Human, as we've said. His task is that of The Hammer of the 15, an enforcer. Do this, kill him, fix that, he takes orders from anyone of the 15, or The Son of Salvator, Aidrail. But lately somethings been off for him. He's hearing the voice again. Cackling when he uses his Arcane Magic. Whispering dark promises whenever he's alone. He's been to Salvator for this. The great Father explained that this could very well be the Voice of The Greatest, The one who still resides in the Void, who created his own paradise, but now envies The Creation and its potential. He could've picked up on Barnabas' Raw power emanating into the Void every time he gets close to the Barrier. Salvator used a divine spell, and rid Berend of the voice. But now its back, and his power was growing still.

Aidrail is worried for his...friend. Yes, this human, this blunt instrument was the closest thing he had to a friend. He had another one, but he died. Vandir, General of Death. A much too scary title for such a good kid. Kid, he was in his twenties, but still. He was a friend of Aidrail when he was still a paladin of Farn, he'd stayed a friend when he turned. His open mindedness got him killed, by his comrads, who dubbed him as a traitor to the God of Death. Much blood was spilled after Vandir died. He was Barnabas' best friend as well. It was weird, Berend made friends in the ranks of the 4, so many. And they were all loyal to him, some till the end, others to this day. Even Vitus, who became an Angel of Purification, Still remained a close friend of his. Maybe Empathy was Barnabas' greatest strength. Maybe that was why, if the time came, and Aidrail had to kill his friend, he could defeat even the Son of Salvator. Maybe.

wow lol impressive pics and impressive char. should be a good match. ^_^

Hey Jake, you didn't vote for yourself, did you?