Know the feeling. I think THE BIG WAIT for Cascade pretty much began as soon as I caught up.

Home stuck updated, for those of you who care but have stopped checking.

Oh my god, it's glorious.

That interaction between grimbark Jade and Roxy. It's beautiful

Hussie is a genius. You fix a dusty game cartridge by blowing into it. So naturally the easy solution to Caliborns shenanigans would be: John Egbert

Yup. I saw that theory kicking around somewhere on the internet and I'm really glad that it's correct. 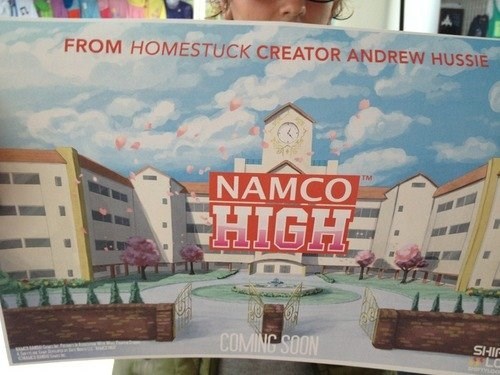 I can honestly say, I did not see this coming

Nightmare better be in that game.

My sides hurt from all the laughing.

Spoiler:
If only they had a godtier maid of li-- oh wait.

I haven't been reading Homestuck but I've heard Hussie's been getting death threats over recent updates.

Yeah, I'm pretty excited. I'm just afraid that Cascade might be a little too hard to surpass. But I guess if anyone can do it, it's Hussie.

Hahahaha of what a gullable ponce I was. No, THIS time its the last update for realsies you guys.

Please let it be the final update.

I'm second hand embarrassed. Please Homestuck please end, I need to move on with that part of my life once and for all

I am pretty sure every Homestuck fan feels that way.

So it is finally sort of over. There is an epilogue in the works, whispers of homestuck 2.0 or bringing homestuck to Hollywood but for all extents and purposes, it is finally over.

In the end, we got a combination of the broken fourth wall and the light hearted ending, which I am down with. Now to move on with my life.