Look down, look back up. This thread is now Eurovision

Wellp, all the entries have been announced! There’s a good crop of them this year, some of them are proper cracking. Personally I think it’s going to be a three horse race between Belgium, Armenia and Italy, but I’m putting all my money on Italy.

Channelling the spirit of Lorde comes Belgium! I totally though this was a female singer until I saw the video. I suspect it may not translate well as a live performance, but it’s still great and I think the hype may carry it. These offbeat songs have been doing very well recently, so this might be the one to finally nudge them into first place.

Officially the most depressing Eurovision video ever. But it’s a very good song and a heartwarming gimmick (the singers are from different continents but all connected to Amenia). It will get zero points from Turkey and Azerbaijan.

Quite simply, this song is amazing. It’s atmospheric, powerful, and if the guys give an amazing performance on the night they’re just going to steamroll the whole thing. I’m very certain this will be the winner this year, it’s such a good song.


And now on to some honourable and dishonourable mentions:

Oh lordy, this is so bad, but I love it because it’s bad. It’s as if a member of a boyband stumbled through a time portal from the mid 90s. This won’t get through the semi-finals, but I’m happy to enjoy the cheese.

One of those songs that’s boring but you weirdly really like. Totally going to get a load of points from the Netherlands.

Russia singing about world peace. Apparently there is no word in the Russian language for ‘irony’. Also apparently there are no black people in Russia.

Kicks in properly at 1:07. This is one of those Mediterranean summer holiday songs you hear playing in bars up and down the Costa del Sol. Cheesy but fun.

IT BEGINS! First song of the contest has been announced!

It sucks being the only big fan on the forum. Pic related is me currently.

We're only a month away now, and all the songs have been announced. Time for my annual rundown of notable songs, so you don't have to wade through them all!

Top Of The Pops Tier

Shameless rip off of last year’s winner, but dammit, this is a good song that really grows on you. It’s cheery, makes you want to dance, and is just a feel-good song. I love it.

Russia- You Are The Only One

Another that’s dangerously unoriginal. This one is tipped to be the favourite this year. Also wins the award for the stupidest lyric of the year- “Thunder and lightning, it’s getting exciting.”

Israel- Made Of Stars

Blatant 12 point bait. But admit it, you like it. This is probably going to have an amazing stage performance to go with it.

What an anthem! Romania love entering epic songs, and this is one of them. Get your lighters in the air! Bonus: Half-naked man swinging a sword around.

The Netherlands have had a theme recently of entering non-traditional Eurovision songs, and it’s paid off- although they’ve not won, they’ve all scored highly and been well received. This is another one, and it’s a cracker of a song. You’re guaranteed to have your hands in the air. I think this will easily be in the top 5.

Definitely one of my favourite songs this year. This would easily top the charts if released as a regular song. By the second chorus you’ll be singing along to the howling. Really hope this gets through to the final, I love it.

Georgia enter something that isn’t shit for once. Quirky, moody, will be interesting to see how it performs.


That Was Unexpected Tier

Austria entering a song all in French. Alright then.

Montenegro really doesn’t give a fuck what people think, and will gladly enter whatever takes it’s fancy. Case in point.

Completely average until it hits the chorus. Wow, this is surprisingly good.

Yeah yeah, the guy can’t sing, but man I really like this song. Song featuring a wolf #2

This has had a LOT of backlash, and I’m not sure why. His voice takes a bit of getting used to, but it’s a funky song and I don’t think it’s as bad as people are saying.

Greta Salome sung one of my favourite Eurovision songs back in 2012- Never Forget (totally gonna duet this with Fed on the karaoke one day). Now she’s back with a great song and what I think is a terrifying video. Pretty sure I had nightmares like that as a kid.


At Least You Tried Tier

Another average entry from us. To be fair, it’s not terrible, and Joe & Jake are nice lads. This will probably end up somewhere in the middle.

Holy shit this is bad. How can Belgium go from having such an amazing song last year to this garbage? Not getting through the semis, no way.

I probably should just rename this thread my Eurovision blog.

Anyway, the 2016 contest is over, and the winner is Ukraine! The amount of butthurt coming from Russia is outstanding, it really is. It was a great show this year; the Swedes really know how to throw a contest, and Petra and Mans were amazing hosts. Looking forward to next year!

Also, this was a thing that happened: 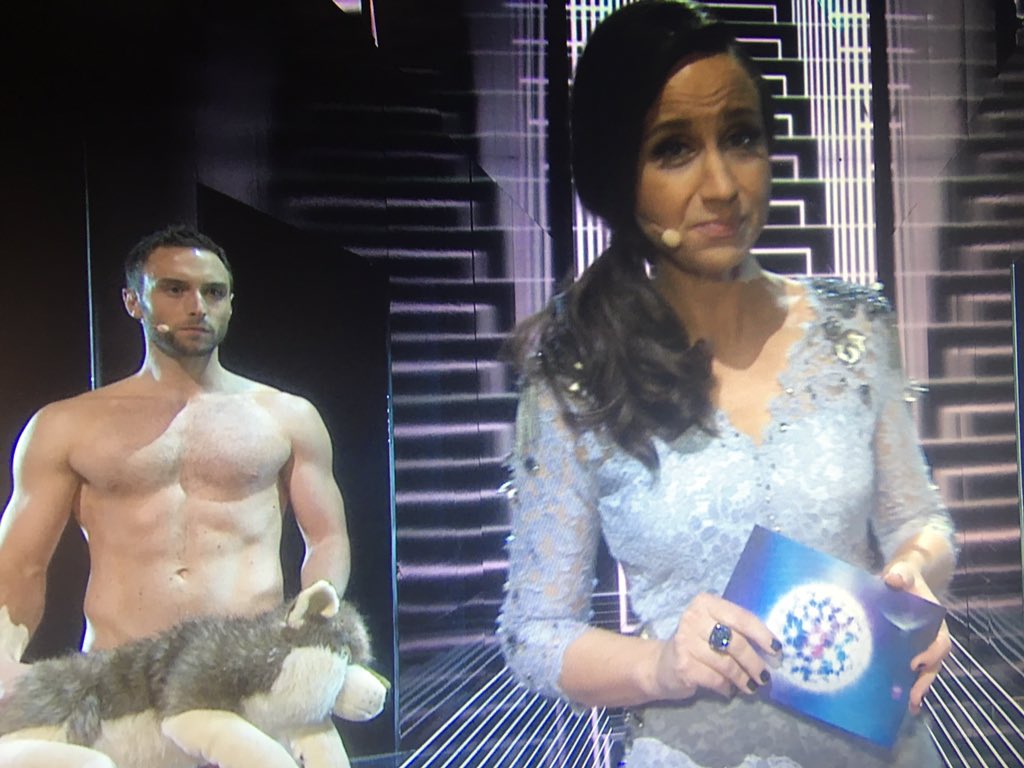 So yesterday it was decided that this will be Sweden's submission this year:

Robin Bengtsson - I Can't Go On:

Once again there was some controversy about the scoring system. The way it works is that half the points come from public voting (through calling in, sending text messages or voting in the app). The other half comes from a number of jury groups from various countries. The song with the highest total score wins.

Robin Bengtsson won mainly because of the juries. The song that won the public vote (but only got second place in total score) was actually this one:

Meanwhile, my favourite of the final songs came in third.

I did have two other favourites in the competition, but those two didn't even reach the finals.