Sahrimnir wrote:My family and I met up with Avalanche today.
We met up outside Amsterdam Central Station, behind a guy holding a huge cross next to another guy holding a bible and shouting about Jesus.
First we went to a café, then we saw the outside of the Anne Frank house. After that we decided to find the gay monument that we had seen on our tourist map. After looking around the square it was supposed to be on, Avalanche asked someone and discovered that the gay monument was the big stone triangle that a bunch of people were sitting on.
Then we went to an art museum and looked at paintings. Avalanche and I discussed the inconsistency concerning Greek or Roman names for mythological characters in paintings and the big artwork that reminded me of H.P. Lovecraft among other things.
Then we went to eat dinner and there was some discussion about who should pay for Roy's food. He insisted on paying for himself, while my parents insisted on paying for him. In the end, he went and paid for himself before my parents had a chance to.
Lastly we went to the Red Light District, mainly just to be able to say that we had been there. We walked around for a while and then went back to the central station and parted ways. Right before we parted ways, Avalanche surprised me by pulling out a bag of candy as a gift. Thanks again, Roy! 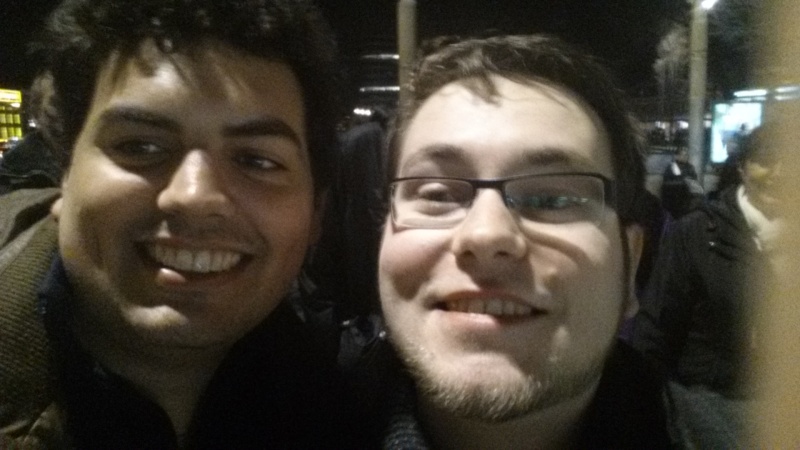 Your welcome Sah. Had a lot of fun this afternoon. Definitely worth doing again if either of us is traveling south/north

My mom wanted to once again express her gratitude for being our guide, Roy, and she said that you should come to Sweden some time so that we can give you some Swedish sweets.

She also wanted to clarify an inaccuracy in my earlier post. At the restaurant, it seems like Avalanche paid for more than his share of the food.

Sahrimnir wrote: At the restaurant, it seems like Avalanche paid for more than his share of the food.

You two kept that quiet! Great to hear you guys had such a good time

I will be visiting America with my family in June.

Sahrimnir wrote:I will be visiting America with my family in June.

Sahrimnir wrote:I will be visiting America with my family in June.

TD, Minby  and Q are by New York, Q's currently on the other side of the country though. If TD suggests a team building exercise into the woods though, make sure you decline...

or don't.Sah has been taking it quite well.

Today I met up with TD, Minby and Chronicle.

We met up at out hotel. We started out getting lunch, a group of eight. The three Americans, myself, my parents and my two siblings.
After lunch most of us went to Nintendo World, my mother went shopping nearby and my father was debating with himself what he would find least boring.

There was some really cool stuff at Nintendo World. Behind the stairs was a statue of Luigi and apparently Minby wanted to jump over there and high five the statue. He decided not to though. When going to the upper floor I noticed that next to Luigi was a flagpole like the ones that end every level in Super Mario Bros. At the top of it was Mario. I got a sudden urge to jump to the flagpole, slide down and high five Luigi on the way down. I decided not to though.

Hyrule". I told the Americans "Apparently my mother is going to buy me a t-shirt." and they replied "We're also going to buy you a t-shirt. Do you prefer Mario or Pikmin?" So I got a shirt with Mario in a picture of New York. Thanks again, guys!

After that we split up again. My parents and sister went back to the hotel while I, my brother and the Americans discussed where to go next. After establishing that my brother and I both like anime, we started on what Chronicle referred to as her "weeb tour". We went to a used books store that also sold a bunch of other stuff. Among other things lots of anime and manga, but also music instruments, computer parts, video games and lots of other stuff. I bought a collection of the Spider-Verse story arc of Spider-Man.

After that, we went to find somewhere to sit down, bought some cold drinks and played a few rounds of Mafia with Minby as the GM. I was the sole Mafian the first round (I won because I managed to convince Chronicle that I wouldn't kill my brother on the first night because it would be too obvious) and then Chronicle became Mafia four times in a row with varying degrees of success. While my brother was away to the toilet, we decided to prank him. We played one more game of Mafia except there would be no mafians. I died on the first night, because Minby decided it and then TD and Chronicle would act as they were both trying to find the mafian.

Then we went to have dinner at the Shake Shack. Burgers and milkshakes. We talked about politics and stuff.

Then it was time to split up.

I had a great time and I hope I'll get to see you again!

As I said when we parted ways, you should visit Sweden some time. 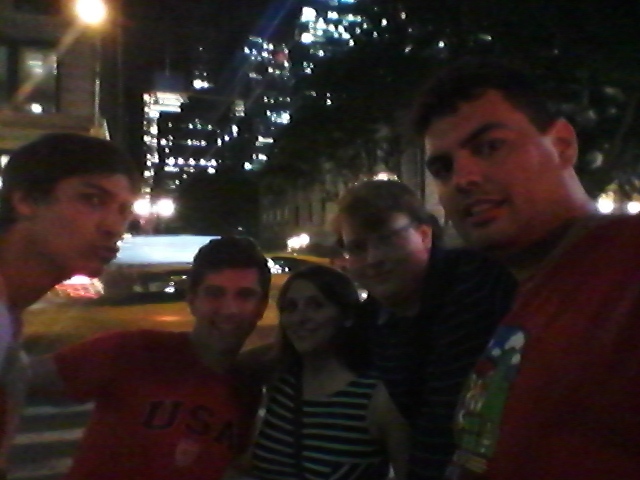 For as nearby as Requiem and I live near each other, it's a bit of a wonder why we've never attempted to meet up & hang out