Those exiled are not to be spoken of. They no longer exist.

Nope I would also tag you as a lurker

Surge will be our insider.

What is it like in the depths of the Lurkers?

Outlaw wrote:Surge will be our insider.

What is it like in the depths of the Lurkers?

And half of them are secretly written by lurk-Raya.

Other half by me

Outlaw wrote:They even might have their own shipping wall.

I can just see them now, analysing every line we type and using it as evidence to support their ships. There's probably huge shipping wars, forever arguing over whether Dutchshipping or Royalshipping is the true OTP.

SurgePox wrote:They say the penalty for speaking even a word about it is a punishment of posting in every single thread. A fate worse than death to any lurker.

Huh, that sounds like Gorblax, posting in every single thread and the suddenly vanishi-

Hey I'm the official lurker mod here. Second oldest join date of all the active members, no long periods of absence from the forum and not even enough posts to make the top 20. Hell my post count would probably be half of what it is if it wasn't for mafia games.
_________________


I am such a lurker omfg I never post here jeeze.

Hey I'm the official lurker mod here. Second oldest join date of all the active members, no long periods of absence from the forum and not even enough posts to make the top 20. Hell my post count would probably be half of what it is if it wasn't for mafia games.

I will not lie, I just looked at Weldars stats, and I refuse to believe that he has not posted THAT MUCH.

Maybe I am just used to his big Australian mouth because even when he sleeps, he is active in Skype somehow.

I shit you not, I don't think I have EVER been in that chat while he was offline.

I refuse to do or say anything in Skype now for the sake of this argument.

I fucking hate you.

So I was wondering, should we show all these new people Skype? Or wait and see if we actually like them first.

see if they actually exist? The other dude vanished again already.

Yea didn't he make this thread too? What a douche.

It's okay, snake. You're the rite of passage for the new people here.

He IS a lurker, maybe he's watching us making all these posts and chuckling evilly?

Fuck yea I am. No one gets past me.

Except Avos, he's still here for some reason.

And TappinDawn, that dude got past me.

Evily is so a word.

What the hell happened to tappindawn anyway? Maybe he's one of the lurkers?

Nope, that mothafucka is so gone. Never to be seent again.

Huh, there was already a thread called "Lurker's, Assemble!"

Which would be worse, duplicate thread or 5 page necro? 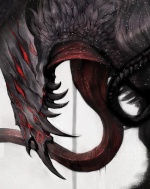