Anyone who's in the Skype call knows I've gone mad with dating sims.

On one level, there's Katawa Shoujo. You have heart problems, you go to a school for the disabled where you meet a legless runner, an armless painter, the deaf-mute class president (and her best friend who is in love with her), a gorgeous blind half-Scottish babe and a super moe burns victim who has severe anxiety. Eh, pretty normal.

One the next, there's My Girlfriend Is The President. Hmm, a loli alien (named Q!) shows up and wipes out the United States of Nippon government, and brainwashes the entire world in to believing that your super moe next-door neighbour is the president, also you can sleep with her, genderbent Vladimir Putin (who is super tsundere also a total hottie), a spaceship (belonging to Q) and another girl with big boobs...yeah that's pretty weird.

But that's nothing compared the final level, of Hatoful Boyfriend. You are a young girl in a post apocalyptic world where humans are few and birds are the dominant species. You then go to a school for birds as something of an experiment and you have to romance the pigeons. And these aren't even humanoid. These are literal pigeons. You are a human. I am not making this shit up.
Also one of the pigeons is a serial killer who keeps your head in a jar if you end up on his route.

Weldar and I will be streaming Hatoful Boyfriend. Expect streaming of/posting screenshots of My Girlfriend Is The President soon!

Yeaah, I think you won the thread right there.

Weirdest japanese games I've played is probably No More Heroes....One of the bosses is a psychotic cosplaying mailman with machinegun nipples and a lazer crotch. Or the Persona games....Getting power by shooting yourself in the head, killing reincarnated Hitler, summoning Medusa, Thor and Satan at a whim.....

Might soon be defeated by Psychonauts, but I don't think that one is japanese.

Ladies and gentlemen, the President of the United States of Nippon:

And Q, in loli alien form:

Thank you for that disclaimer, Q.
now i can fap to this /shot

I'll post pictures of the other girls soon. I'm sad that you can't pursue Q in this game

Appropriately while posting this, the ad on the site was for a lesbian dating site

This is the vocaloid looking spaceship AI, who you can screw:

And this is the chief of staff:

Ahahahahaha. I'm actually on her path now. Weldar's on the path of the main girl (i.e. the neighbour who becomes the president because aliens).

It's a fun game, mostly because it lacks a fourth wall and it makes fun of itself a fair bit. There aren't that many choice sections, and the first two choices really don't seem to do much, so it really is a visual novel.

Also you become the subject of an international crisis because both the presidents of Nippon and Rusia want to date you.

Also you've died and been rebuilt as a superhuman with powers that are harnessed when someone kisses you.

I like that the alien spaceship is just the command bridge of the old Enterprise from Star Trek.

Fedaykin wrote:I like that the alien spaceship is just the command bridge of the old Enterprise from Star Trek.

And also a potential romantic interest 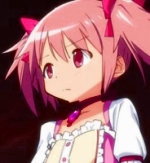 Fedaykin wrote:I like that the alien spaceship is just the command bridge of the old Enterprise from Star Trek.

and her name is Q....who was a character in next gen, though a dude...now thats one genderbend i don't want to see

(bearing in mind i'd rather not see any of them haha)

Well, there is an entire Q-Continuum with females too

I got Hatoful Boyfriend working. Yeesssssss.

They have human pictures when you first see them (which can be toggled on and off, you know, in case they get in the way of your bird lust), but they always appear as the birds.

also this is Sakuya he's pretty stuck up :U

I forgot to screencap the first bird, he's your childhood friend. D:

spoilers this bird is a ghost

The best bird, however, is clearly this guy:

yes his human form is literally still a bird

This is the first bird you meet, I screencapped him this time. He's your childhood friend and he works hard to help his mother, who is very ill. He's probably the most normal of the birds.

This is Anghel. He's possibly the least normal (although that might be a tie with Okosan). He...well, he activates the RPG boss battle in his route, so I guess that says a lot.

this fucking game i swear to god Demo of the sequel? uh holiday version is out.

Spoilers: You, Ryouta and Kazuaki dress up as these magical girl pigeons to save the school from a laser made out of the dreams of otakus and fangirls. (Except the fangirls minds are too unstable so the laser backfires).

Since this seems to be the only place for general weird visual novels, and I don't want to make a new thread for this.

My friends and I are making a Visual Novel in the style that I more or less what I wanted to do for this forum.

You play me since I'm the newest member and they figured that was the best way to actually start off coming in without much knowledge.

I am the one at the bottom middle of the screen. And right now we are going to have 4 routes with multiple good and bad endings.

The 4 routes are going to be:
Emperor Dengaku (Top left with a top hat)
Hureno (girl right next to me on the right with black hair)
Vazette (Girl with red hair and cat ears)
And Many Form Man (Guy to my right with orange hair)

And all of the bad endings are going to end with Patchi (Guy with the hood at the top right) killing you.

Just for example (spoilers to one of the better bad endings I know of in this game.)

Spoiler:
First some need to know stuff about Vazette, she is very crazy over Rice. So in the bad ending, Patchi offers to make you look like Rice. If you say yes, he kills you and literally cuts you up into little bits that look like rice and gives you to her.

Finally chapter one should be done and released sometime before the end of this week.

Chapter 1 is finished and released.

There are references to Bobobo that most of you will probably not understand, but still.

I just ordered the infamous Yuuya thong and a Hatoful Boyfriend mug.

I love Hatoful Boyfriend so much ahfksdhfkashfjkash

HOLIDAY STAR IS OUT IN ENGLISH

thread necro and rename. I was gonna name it Quaetam's Dating Sim Appreciation Thread, but I didn't feel that mean!

It's a Korean game that has body pillows of the characters available on their website. You know a game's doing it right if that's the case.

Anyway, it's another otome where you play a 21 year old art student who's like 'oh no what am I supposed to do with my life' and she's living alone, and one day she's given 3 rabbits and 2 cats for some reason (I only played the demo I didn't get to actually see her get those animals). Anyway, after the summer holidays spent bonding with her animals she goes back to college and the animals all become these super bishounen boys. There's a ginger cat who's enthusiastic and begs for food off of middle aged ladies by being cute, the black cat who's kind of dog-like in that he's loyal and loves food, the tsundere bunny, the super quiet princely bunny, and the knightly bunny who looks out for the princely bunny, and the demo was disappointingly short because I wanted to get to know these characters/date them all D:

Dandelion sounds a lot like Animal Magnetism, a game where you play a lost dog trying to find her master. Except all the animals are cute gijinkas.

It's incredibly rare and I've never been able to find a copy of it (hell, I can't even find the bloody trailer I remember seeing years ago). The most you can find is bare bones info like this. From what I remember part of the gameplay involves fighting other stray animals with...cards I think?

It's really short and you play as a girl who has to spend time with her kawaii tyrannosaurus friend.

I got the good end, I'm pretty proud.

I just downloaded Sweet Fuse - At Your Side.

I don't know if it'll run on this PSP emulator but it's a game where you play as Keiji Inafune's niece and you have to save your uncle and his theme park from bad guys while teaming up with cute bachelors.