So I'm going to try to write this as carefully as possible. Don't reply with anything related to the current game, this is strictly a gameplay discussion I feel we should all have.

We'll start with a few assumptions.

Assumption 1. Town is a team. Even if they can't speak to one another privately, they still have to work together.

Assumption 2. A win for the town is a win for every townie, even the dead ones. This one may be harder to take, but it's true. In every game, you either win or lose, and it's not right to say you lost if your team won. That would be like denying the goalie the win because he allowed one goal.

Once we accept these assumptions, a general attitude can be formed that is beneficial for the town.

A good priority, but not the highest one, is Self Preservation. A dead townie is bad. That said, it's not your biggest priority. If suspicion on you is insurmountable, you're going to be an obstacle in every lynch, so it may be better for the town without you. So, don't give up, keep scumhunting, but don't vote someone who doesn't deserve it just to keep yourself alive. Your death will help the town during the next day.

Voting strictly to keep yourself alive is good for you, sure, and it may be good for the town in the sense that a dead townie is bad, but really odds are you're just voting another townie. How is them dying any worse for the town than you? It's selfish, and only muddles the reads everyone else can get. If you don't die and they flip town, then you're in trouble again. If you die after voting them and you flip town, then they're in trouble for no other reason than you tried to save yourself when it was too late. 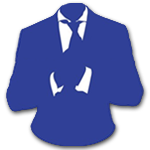 SnakeInABox wrote:I don't like this thread. It shouldn't exist.

Generalised disagreement with the information within said opinion. Town is of course a team, what I meant when I said what I had in the game thread was not saying that the town isn't. The personal player however, is the only one they can trust as town. That is what I was saying.

That aside, this isn't really something that deserves it's own thread

Being a team does not mean that people should bend over and die without a fight. Regardless of the situation.

I don't see why we need to make this a big deal outside of mafia. Can't things like this be discussed in game/brought up privately if need be?

Honestly, I don't see any harm coming from talking about it. On the contrary, I appreciate input from people not familiar with our Mafia culture. Exchange never hurts.

@Camilla, it's not really a private thing, and it's too general to argue about in the actual game because (if anyone were actually willing to discuss it) the argument takes up a lot of space and it isn't something you can scumhunt from.

@Viero, I'm not saying roll over. I'm saying voting someone based purely on the fact that their wagon is bigger than yours doesn't help the town as much as voting someone you find scummy.

A lot of this seems to hit far too close to home to relevant to the current game. Right now I'd personally vote for locking this thread and saving the discussion for postgame when it can be discussed freely without fear of that but given that opinions here seem to be mixed I won't act on that alone, I'll let some other mods see this and decide what they think too but that's where my vote lays.

I will say though not actually having yet read a good chunk of the current game thread due to a power outage and busy with moving while I agree with some of your point (particularly the dying when you win, there are definitely times where it can be worthwhile to sacrifice yourself for the greater good, some roles like bombs or bodyguards are even built around it) there's also the fact that at the end of the day you are the only person you can 100% trust to be innocent. Even a guy who's been scanned innocent lead a lynch on a few mafians could be a godfather pulling off some nice bussing. You are always the most likely to be innocent player to yourself. There are definitely times where it can be worth pushing on someone you think is more likely to be innocent than yourself since the odds of them being scum is always gonna be higher, especially later on in the game where things are getting down to the wire.
_________________

This is likely the most close-mindded thing I've ever heard Viero say.

While i agree that this doesnt really need its outside-of-mafia discussion, this is a valid point that Johnny is making. The whole "i'm out for myself"-routine is really what makes the town so weak in mafia as essentially you're just weakening the herd and betting it all on yourself.

Even if the last townie is a brilliant player, if there's 2 mafia, he deaaaaaad

Johnny, you're an idiot. And i say that with love. You idiot.

Ofcourse the town is a team, but how can a team function as a proper team, when everybody knows that some of the team members want to kill the rest. In fact, in most recent games, there have been multiple factions out for blood/survival. A team cannot exist with such a flaw.

In every mafia game, the townies start off as individuals. The Mafians, they are a team. It's the art of creating the team of townies as the game progresses. We've seen it happen, Snake commanding the town into a full on witch hunt and winning, Q leading the intellectual charge? That's making a team.

You're an idiot.
Close this thread now please.

SnakeInABox wrote:I don't like this thread. It shouldn't exist.

I agree with Johnny. I agree with the assumptions that the town is a team, and a win for the town is a win for all townies, alive or dead. That's always been the mindset I've had with mafia, and I will continue to play with that mindset (says the guy not currently playing). A townie should act accordingly to the best interest of the town and not solely them self. Sometimes, or more than not, these areas overlap, especially when it comes down to a townie being lynched in a lynch-or-lose situation. But as Weldar said, when you're a townie, unless otherwise specified, you're the only one you can trust right off the bat. So in the case of the starting day(s) of games, I find it understandable to vote with the opposing bandwagon should you be under threat.

The discussion was sparked, I feel, because of my actions in the previous day phase. I personally feel that this thread is a violation of Mafia rules, because though you guys beat around the bush, it's pretty clear that you are discussing the game when you should not be.

Snake, you make a fair point. This thread will reopen at the conclusion of Game 23. I feel that this is a discussion that we can have, and maybe should have, but now is probably not the best time.
_________________
Keeper of the keys
llll llll llll llll llll