Like i'm nostalgic, i like return on my own path (and after talk with The Magician ! )
i've decided to create a topic about the origins of all things ... which make you here.
this is a game, the game about find yourself writing your first mess on the forum.
that simple, find your first post and post it here !

I'm a little embarrassed by my first post since it was just me fanboying: https://therewillbebrawl.forumotion.net/t193p15-episode-5-with-a-vengence#17109

But what's weird is that I mentioned "mafia" (albeit in a different context, and long before mafia came to the forum).

I also made a Donkey Kong Jr. reference I don't think anybody understood 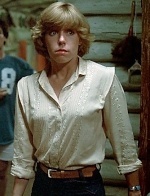 The first post I made was this thread, I think...

Thoughts on the First Episode: Page 8

"This is the GREATEST thing I have ever seen. And the MUSIC is completely fitting and addictive. Well done everyone. Cannot wait for more episodes and really hope it never ends.
Sadly all good things must at some point..."

"Hi. I'm SnakeInABox, And I am an alcoholic. Newbie."

Wow its as though I can predict the future or something! Oh how the tables have turned, young snakeinabox

TheTJ wrote:I like the Escapist when I don't wait for them to deliver.
I mean, they have ZP, Unskippable, TWBB, and the used to have Unforgotten realms...
Pretty good for one site really.
It's just that I want Ep. 10 sooooo badly. We all do.
It's like... When you knew you were getting a certain present, but had to wait for your birthday anyway.
And then your birthday got pushed back 2 weeks... This is just like that.

So, I *think* this was my first post here.
It's pretty dang wierd to see me in normal font. I started using green text within a month of joining, which is coming up on 5 years ago.
...Wait, what? 5 years? That seems like too much time.

Raya wrote:'sup everyone, I'm Lynz, another attendee from Ayacon here! I've been meaning to join the forums for ages but I'm a lazy ass. But watching the marathon of Brawl at the con, and meeting the simply lovely Matt, finally persuaded me. So, hello all!

Turns out Relm was the first person to welcome me to the forum, how about that. Thanks Relm!

Also this exchange soon after made me smile:

Raya wrote:Thanks for the welcome everyone! Cheers for the compliment as well, Smashbro; Pokemon Trainer is my favourite character in the series, so I couldn't resist having him in my sig. Perhaps I should stick a line in there somewhere about kittens...

Finding my first post was really difficult for me. If I tried to use one of the search tools the farthest I could go back would be to 2009 even if I could isolate the forum to search through. So I had to check through forums manually. I found some posts made on September 26, 2008 in the Web Series forum, but then I found this made two days earlier in the Video Games forum. It was made before I had TF2.

1. Super Smash Bros. Brawl (Wii)- Awesome multiplayer game. So many characters to play as. I just love getting into some intense matches. Subspace is alright, but multiplayer is all that matters. Surprised it's #1?

2. The Legend of Zelda: Wind Waker (NGC)- Really, I'd like to put all or most Zelda games here, but my favorite one of them all is Wind Waker, because the art style is kinda cool. It has some of the best dungeons and boss fights. Sailing is fun, but can take awhile. And The Wind Waker has the best ending of all the Zelda games, IMO.

3. Resident Evil 4 (NGC/PS2/Wii)- The best survival horror game and has a lot of replay value. It has interactive cut scenes, graphics are amazing (for its time), and great voice overs. Aiming works better on the Wii rather that NGC or PS2.

4. Fire Emblem: Radiant Dawn (Wii)- A great follow up to FE: Path of Radiance, Radiant Dawn is a great turn-based strategy with RPG elements (leveling up and such). What makes it my favorite of the Fire Emblems is that it is the longest, with 40+ chapters and has a great story to follow. I just which the graphics and character models were better.

5. Pikmin 2 (NGC)- The sequel to one of the most original RTS games. It's longer and a lot more fun than its predecessor. I just love the mindless killing of weird creatures with an army of soldiers that come from the ground and will obey any command and give their life for you.

Raya wrote:
Turns out Relm was the first person to welcome me to the forum, how about that. Thanks Relm!

YW Raya! Finding my earliest post will take some work; it's been a long, long time. I can't imagine where my first post would be.


EDIT:   Earliest back I found was on my join date, though this couldn't be my first post ever based on the context.

Weldar wrote:This is a really hard question to answer. I think like many people your first ever game always hold a special fondness in your heart.

I really have to agree with this statement. Very first game I ever played when I was a little kid was definitly Sonic 3, and to this day its one of my favorite games and I've beaten it countless times. Have to be Sonic though, played it as him so much I require the ability to use the shield effects. especially lighting, a fast double jump is really cool.

Other favorites however, are Gunstar Heroes (play it if you havent. seriously.), Earthworm Jim 3D,  Power Stone 2,  and Final Fantasy XI just to name a few.

Avalanche wrote:Even Donkey Kong has a motive since it was his grandad or father (not clear about that) who originally started the kidnapping mario's princes part.
I do think it is a character that hasn't been mentioned in the series...so far my guess is with Snake, indeed with the stealth and tranquilizer stuff.
Also, have you noticed they found a solution for the role of every pokemon already last episode? Every pokemon but jigglypuff....I sense a conspiracy.

I fought for this fucking country, you piece of shit